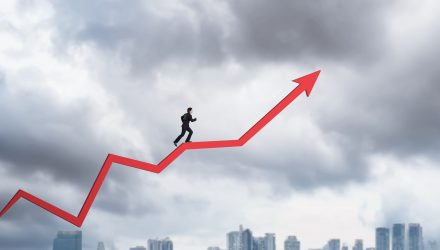 Strategist: Brexit Could Trigger the Next Market Highs

The notion that a U.S.-China trade deal is already priced into the markets may be weighing on the minds of investors as to what the next trigger event will be, but to Julian Emanuel, Managing Director and Chief Equity and Derivatives Strategist at BTIG, the next market mover is clear.

“We really need to see is a little bit more clarity on Brexit, and most importantly, that feed-through to European interest rates,” Emanuel said Monday on CNBC’s “Trading Nation.” “The one thing that’s bothering investors right now is the message on why longer-term bond yields are so low — the implication being that it’s a growth-challenged world.”

Members of Parliament have struggled to agree on a Brexit deal that would see the United Kingdom leave the European Union. Deals proposed by Prime Minister Theresa May have gotten the EU’s blessing, but have twice failed to pass through the House of Commons.

Related: Why Investors Should Be Looking Into Gold ETFs

Most recently, Parliament agreed to delay the latest Brexit vote until June 30. According to Emanuel, once a deal is made, stocks could soar with the financial sector in pole position.

“That could really be the start of a bigger, broader, what we would call, an unadulterated performance chase towards all-time highs,” Emanuel said.

U.S. equities have been gaining thus far in 2019 after a volatility-laden fourth quarter in 2018. For Emanuel, this sets the perfect backdrop for the markets to rebound to new highs.

“All the work that we’ve done shows that when you have a sell-off of that nature (December 2018) and a rebound like you’ve had thus far this year, the tendency is for further upside,” Emanuel said.