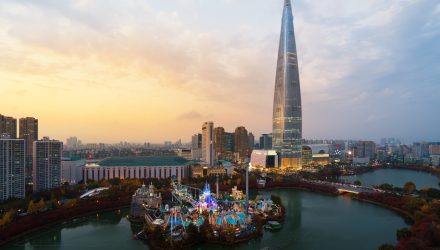 Weighing on the South Korean markets, the tougher stance out of the White House and lack of progress in the trade talks between China and U.S. as negotiators meet in Washington this week dragged sentiment.

“Take the money off the table, sit on the sideline … let the picture clear up a bit and i think you will get a better sense of where (these) markets are headed,” Haren Shah, managing director and head of investments at Taurus Wealth Advisors, told CNBC.

Foreigners were net sellers of 186.2 billion won worth of shares on the main board in South Korea as the country’s market extended losses Thursday, Reuters reports.

Economic data at the end of April also revealed the worst quarterly contraction for the South Korean economy since the global financial downturn as the weakening global growth weighed on Korean exporters, which make up about half of the country’s gross domestic product, the Financial Times reports. Furthermore, capital expenditures also declined by the most in over two decades as companies cut investments.

Meanwhile, investors grew anxious over another missile test from North Korea on Thursday, which came less than a week after leader Kim Jong Un oversaw the test-firing of multiple rockets and missiles.