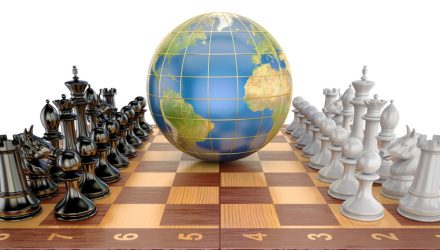 The following is a summary of our recent “Global Risk Trend & Analysis” report.

Strategic disengagement of the U.S. and Chinese economies, the uncertainties surrounding Brexit, and disruptive risk―which seems permanent in the Middle East―weigh heavily on macroeconomic risks.

On a global scale, the U.S.-China relationship is transforming into a bitter geostrategic competition between the world’s top two economies, strained by a protracted trade war and growing rivalry over security and technology. This strategic disengagement is occurring across multiple dimensions involving trade, data, and geopolitical power projection. Washington grapples with what the Economist describes as “America’s most daunting strategic rival, its biggest economic challenger, and a giant trade partner,” as China undermines established norms and institutions of the open, rules-based, global economic order upon which it has also achieved astonishing economic success for thirty years.

With British Prime Minister Boris Johnson determined to secure an exit deal with the European Union (EU) more than three years after the referendum vote, much of the global business sector has decided that Brexit is underway, however clumsily. The political, economic, and financial uncertainties will only intensify, even as thousands of banking and finance service jobs have left London, and more than $1 trillion in assets have been shifted to Milan, Amsterdam, and other European financial centers. The EU awaits clear commitments from London regarding citizens’ rights, Ireland’s security and stability, EU single market protection, fair competition, and the future of EU-UK security and defense, though the British Parliament remains unable to decide on any single exit option.

Iran continues to directly challenge the regional order—attacking Saudi oil facilities in that country’s heartland, boarding ships in international waters, and escalating proxy wars in the Persian Gulf and the wider region, directly threatening political stability and global oil and natural gas markets amid three of the world’s most critical strategic chokepoints. As Iran continues to push their agenda forward, we see this type of disruptive risk becoming permanent in the Middle East. 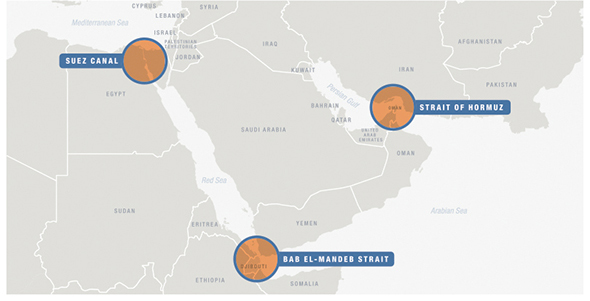 Iran’s daring September attack on Saudi Arabia will ultimately fail, given the abundant resilience of global hydrocarbon markets. But increased skepticism in Riyadh and other Sunni Arab capitals about U.S. military reliability in the face of future Iranian assaults may undermine the current regional order—Teheran’s ultimate political objective towards achieving dominance in the Middle East.

The daring and spectacular Iranian-backed missile and drone attacks on Saudi facilities temporarily shocked global energy markets, but Riyadh quickly demonstrated its ability to recover much of the lost production rapidly.

From a broader perspective, the International Monetary Fund (IMF) in September cited rising trade uncertainty as a driving factor for the “sluggish global growth” that describes the state of the world economy. The IMF had earlier lowered its global economic growth forecast by 0.3%, due mostly to the prolonged U.S.-China trade disputes and political uncertainty in Europe. Now, “trade tensions are not only a threat, but are actually beginning to weigh down the dynamism in the global economy.” Adding U.S.-China tariffs “could potentially reduce the level of global GDP by 0.8% in 2020, with additional losses in future years.”

Despite the relative turbulence across the international landscape, these U.S. economic, financial, industrial, political, social, and military advantages are now built into the American system over the past one hundred years of extraordinary achievement and success. But we take no advantage for granted, and we recognize that the international order is quite fragile. America’s success in the U.S.-China relationship will shape not only the economic, political, and military course of China’s future, but also reshape and rebuild the global economic and geopolitical order—direction unknown.