You are at:Home»Relative Value Channel»Retail Sales Fall: An Early Sign of an Economic Slowdown? 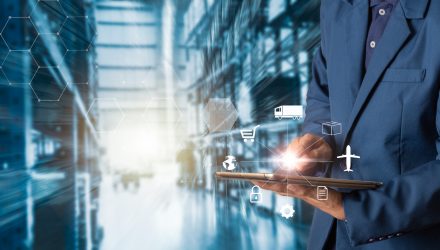 Retail Sales Fall: An Early Sign of an Economic Slowdown?

Third-quarter earnings are off to a good start, but weaker-than-expected retail sales data stymied the market momentum. U.S. retails sales fell for the first time since February, which could be an indicator that a manufacturing sector slowdown could be affecting the consumer end of the equation.

Overall, the data could be an indication that a slowdown could be in its early stages.

“While this is by no means conclusive evidence that the consumer is wavering (after all, the upward revisions reduce the impact of September’s declines), it nonetheless reinforces our ongoing concern that a spending retrenchment will ultimately trigger a more durable slowdown,” wrote Ian Lyngen, head of rates research at BMO Capital Markets.

According to a Wall Street Journal report, the nature of “retail sales can be volatile from month to month, and the broader trend this year has shown steady growth. They rose in August by a revised 0.6%, more than previously estimated. Sales increased 1.5% in the July-through-September period compared with the previous three months.”

“Given that the U.S. consumer is 68% of the economy, it’s important that the consumer holds up and continues to spend,” said Quincy Krosby, chief market strategist at Prudential Financial. “But we also heard from the banks that consumers are spending. We’re seeing it in credit cards and loans growth.”

“The question is whether that is going to erode,” Krosby added.