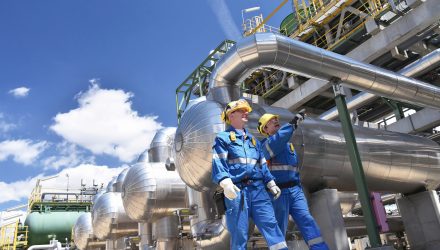 According to a letter Occidental Chief Executive Vicki Hollub sent to Anadarko’s board, the company has been making offers to Anadarko since late March, with two price tags that were higher than what the shale driller agreed to with Chevron.

“We were surprised and disappointed that your board did not engage with us on that proposal,” Hollub wrote in the letter.

Occidental put a cash-and-stock deal on the table that targeted $76 per share, or $11 per share more than the value Chevron announced.

Anadarko holds assets from Texas to Mozambique, and Occidental sees the deal as a way to expand its footprint in the booming Permian basin where it is already one of the largest operators.

Earlier in April, Chevron stated it would acquire Anadarko in a cash-and-stock deal valued at $33 billion.

Anadarko agreed to pay at $1 billion breakup fee with Chevron if that deal doesn’t go through.

“It is unfortunate that Anadarko agreed to pay a break up fee of $1 billion, representing approximately $2 per share, without even picking up the phone to speak to us after we made two proposals during the week of April 8 that were at a significantly higher value to the transaction you were apparently negotiating with Chevron,” Hollub said in her letter.