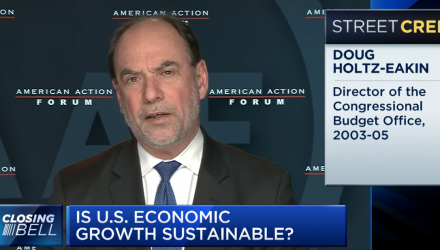 No Reason to Be Pessimistic With GDP Data: Expert

Last week, the Commerce Department reporting on Thursday that gross domestic product rose 2.6 percent during the fourth quarter, which bested expectations of 2.2 percent by a Dow Jones survey of economists.

In the video below, CNBC’s “Closing Bell” team is joined by Jason Furman, former chair of the White House Council of Economic Advisors, and Doug Holtz-Eakin, president of the American Action Forum, to discuss what the latest GDP numbers mean for the outlook of the U.S. economy.