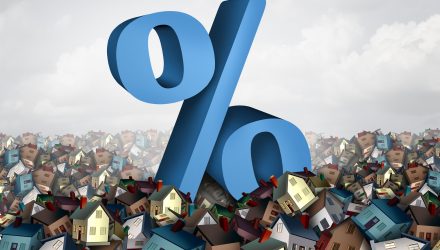 On Wednesday, the Federal Reserve decided to keep interest rates unchanged and will end its balance sheet reduction in September, sending mortgage rates lower on Thursday.

According to Mortgage News Daily, the decision saw the 30-year fixed mortgage product fall to 4.34 percent, which is the lowest in over a year and 19 basis points lower versus the same time a year ago. Following the Fed’s aggressive rate-hiking policy in 2018, the 30-year fixed rate went over 5 percent at the start of November, causing home sales to fall sharply during the months of December and January.

“This is about as big of a change as anyone expected. It means the Fed will be buying more bonds more quickly,” wrote Matthew Graham, chief operating officer of Mortgage News Daily. “And bond buying results in lower rates, all other things being equal.”

During a testimony to Congress last month, Federal Reserve Chairman Jerome Powell said that the central bank is close to its timetable of ending its balance sheet reduction. Powell is referring to the central bank’s holdings of about $3.8 trillion in bonds, which it has steadily been reducing since October 2017.

A separate statement by the Fed month alluded to a more flexible central bank that would be more strategic with regard to its balance sheet policy. The Fed is reducing its balance sheet by a maximum of $50 billion in proceeds from the sale of bonds, which it will use for reinvestment.

Lowers mortgage rates, however, could be offset by prospective homeowners who are holding off on purchasing if the economic outlook appears murky.

“While a plus for homebuyers, if concerns about the economic outlook rattle consumer and homebuyer confidence, it could offset the benefit of lower mortgage rates,” noted Danielle Hale, chief economist at realtor.com.

Is a housing market rebound on the way, which could pave the way for other cyclical sectors?