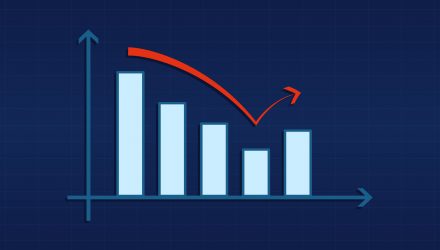 Whether equities were large or small, the month of May wasn’t kind to either as the U.S.-China trade deal went under and capital markets were quick to react to the news. Small cap equities, in particular, saw a dip as investors favored large cap equities as a safe haven during the heavy bouts of volatility, but June could tell a different story.

That being said, Direxion’s latest Relative Weight Spotlight cites that both large and small are still doing fine–the former up 10.97 percent for the year and the latter 8.65 percent. However, small caps could benefit in June compared to their larger counterparts since they’re not weighed down by growth-oriented names like the FAANG stocks–Facebook, Amazon, Apple, Netflix, and Google–all of which could be subject to more regulatory finger wagging regarding privacy of data and other issues.

“What could provide a boost to Small Caps is simply what they are not; growth-heavy” the Direxion post noted. “The Communication Services and Information Technology sectors are each 6% larger in the Russell 1000 than the Russell 2000. Increased regulatory scrutiny appears to be the new normal for Alphabet, Amazon, Apple, and Facebook that, even if it does not lead to breakups, will be an ongoing distraction and likely force investors to assign them a higher risk premium.”

Can this be an opportunity for small cap strength over large caps?

For investors who were looking for an ideal safe haven assets during the U.S.-China trade war, they were better off looking at large cap equities over small cap equities, according to Jill Carey Hall, the resident small cap stock expert at Bank of America. Hall said that small cap fundamentals are suspect and as such, should be avoided if a prolonged trade war continues.

Thanks to a more accommodating central bank in terms of interest rate policy, the markets have been able to fend off other macro fears like slower global growth. More help came from the U.S. economy rebounding in the first quarter this year, as it beat analysts’ expectations of 2.5 percent growth with a 3.2 percent growth number.