You are at:Home»Relative Value Channel»Dow Falls Over 150 Points Ahead of Fed Rate Decision 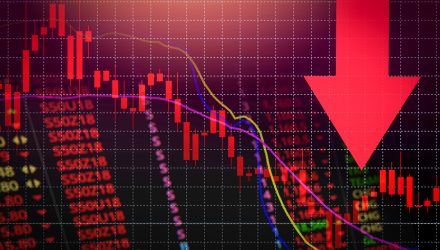 Dow Falls Over 150 Points Ahead of Fed Rate Decision

The markets were relatively calm ahead of Wednesday’s Federal Reserve interest rate decision before the Dow Jones Industrial Average fell over 150 points, while the S&P 500 and Nasdaq Composite both notched small losses ahead of the central bank’s announcement.

The capital markets are expecting rates to remain steady in conjunction with a reversal in their December guidance for further rate hikes with no increases in the federal funds rate as opposed to the original two forecasted by the central bank.

“Markets could be very disappointed to see more hikes on the horizon,” said Joseph LaVorgna, chief economist for the Americas at Natixis. “If the Fed does not confirm these expectations, a renewed bout of market turbulence could begin.”

According to the CME Group’s FedWatch Tool, the algorithm is expecting a 98.7 percent chance that rates will remain steady.

“There’s a lot of moving parts. They’re threading a needle on this one,” said Marvin Loh, global macro strategist at State Street. “I don’t see how the dots are going to look like what the futures are saying right now.”

Furthermore, analysts feel that a rate cut in 2019 is not in the cards.

“It just seems that that’s not going to happen,” Loh said.