You are at:Home»Relative Value Channel»Markets are Fickle After Employment Data Disappoints 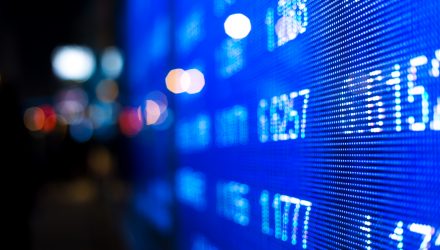 Markets were fickle during the early trading session on Wednesday as stocks were up on the optimism that a trade deal is close, but went negative after employment data released by ADP and Moody’s Analytics showed that job growth hit an 18-month low in the month of March.

Private payrolls went up by 129,000 for the month, which fell below the 173,000 that economists surveyed by Dow Jones were expecting to see. Nonetheless, a February employment data revision did show an increase of 197,000 as opposed to the initial number of 183,000.

It was the lowest figure since March 2017 when private payrolls increased by 111,000.

The Dow Jones Industrial zigzagged up and down in the early trading session before ending eight points higher as of 10:15 a.m. ET. The markets began on the upside with optimism on a trade deal, but skepticism that a trade deal is already priced into the rise in equities this year could be a concern.

However, a trade deal would help ease fears of a global economic slowdown, according to Peter Cardillo, chief market economist at Spartan Capital Securities.

“That will lift a major cloud that’s over the global economy,” Cardillo added.

Related: Larry Kudlow On Why The Fed Should Cut Rates

Will weak employment data allow large cap equities to blunt the impact of a market downturn versus small cap equities?