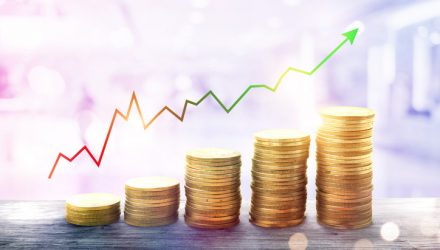 Looking Into New ETF Themes for the New Decade

CNBC’s Bob Pisani kicked off the week with an “ETF Edge” episode focused on ETFs and related themes that will have an impact in the decade ahead.

Pisani was joined by Astoria Portfolio Advisors’ John Davi and BlackRock iShares Americas’ head Armando Senra. The group began with a look at transport ETFs, noting how there are some notable weaknesses. Bernstein has downgraded JB Hunt, with slowness coming out of the trucking industry.

That said, Davi believes commodities, something the trucks must transport, will still be going on a high. Davi added how he thought they are inexpensive, which is a play in inflation. It reflects on some underlying trends where the stocks go down, so oil, gold, and gold equity go up. It all allows commodities to work as a good diversifier.

Moving on to Senra, Pisani points out his status for running the iShares MSCI China ETF (MCHI), the biggest China ETF in the world, which had a great 2019, after years of underperforming. He’s then asked about inflows and whether there’s more investor interest in China, now that there’s some marginal clarity on the trade front.

Senra explains, “There’s interest in China, and that’s always a good play to have China in your portfolio. That said, for 2020, I would pivot to emerging markets. There’s more room for a pickup in growth globally. You also have the benefit of the availability to make changes in monetary policy. They still have room to move, especially emerging markets.”

The Role of Emerging Markets

Putting a focus on emerging markets and why there’s confidence in that area, Senra goes on to note how he believes there will be a pickup in global growth in the first half of 2020. There’s room to lower rates, and they will benefit from a more stable trading environment coming on the back of what was seen in 2019.

Davi agrees, noting how it is inexpensive, as well as noting how emerging markets can only really work if China is also able to work. That said, there’s a potential twenty percent growth that can come about in china versus ten percent in the U.S.

As far as where to go from here, with China in a strange position considering the trade arrangement, and emerging markets coming off of years of underperforming, the chance for a sudden outperformance is up for questioning. However, Davi believes, on a multi-year basis, there’s more potential for upside overseas than in the U.S.

“The trade of the decade has been large cap U.S. stocks, large cap growth,” Davi states. “Ultimately, capital gets allocated to look for the highest return per unit of risk. I think there’s a lot of risk in the U.S. large cap growth market. So, I’d look overseas if I’m investing on a multi-year basis.”

Related: What will Drive Risk Assets in 2020?

When asked about China and emerging markets getting more money flow, Senra notes how there’s more money now flowing into emerging markets that began last year in the fourth quarter. Senra adds that another important market is Japan, which will see a benefit in a pickup in growth and a more stable trading environment, and more investment in manufacturing and growth.

Getting back to China and commodities, the impact would be important, were that to move in the direction Davi believes it is headed. He notes how domestic plays in consumer discretionary and consumer services, for example, would play into the potential for an uptick in global trade manufacturing. This would mean China would also be doing well.

Finally, Pisani notes how 15 years ago would see a modest impact, based on the way things are currently going now. This includes the current situation with Iran, where oil would be up ten to fifteen percent at that time as well. Davi agrees, noting the high price of an oil barrel, and adding this is why it’s important to own commodities, as they go up when there’s any conflict. It’s referred to as positive skewness.

Watch the Segment Covering What ETF Themes to Watch: