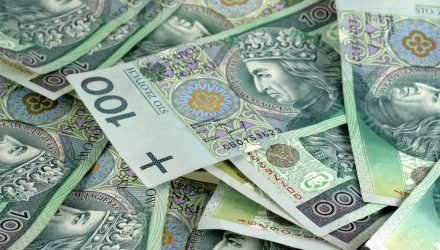 A stronger dollar has certainly tamped down demand for international and emerging markets in 2018, but a more dovish-sounding Federal Reserve could awaken these opportunities abroad, particularly in currencies. One little known currency to watch is the Polish zloty.

A low interest-rate environment has kept the zloty down, among other things, but analysts like PKO BP analyst Joanna Bachert don’t think this will last. Bachert cites the ability of Poland to mute the effects of a broader EU economic slowdown as a reason to watch the zloty.

Data compiled by Bloomberg shows the zloty being the sole gainer in emerging markets currencies through the second quarter of 2019. 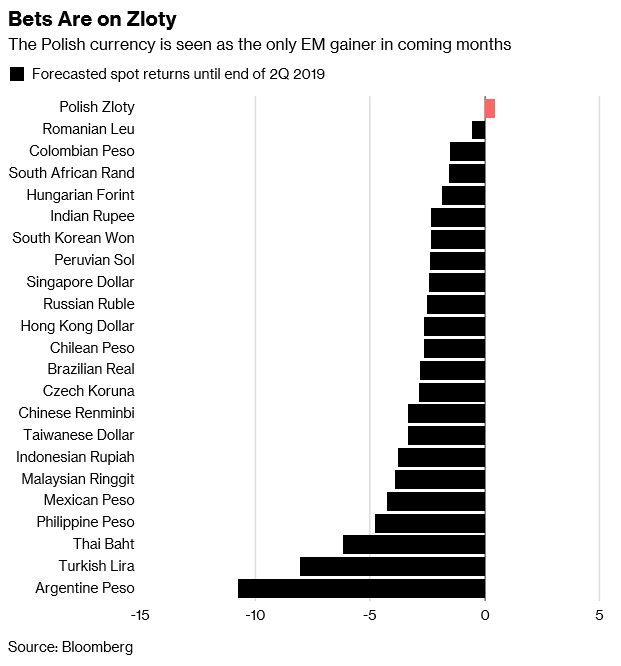 “We expect the data to confirm the local economy’s resilience to Europe’s slowdown,” said Bachert.

Furthermore, Bachert posits that any more dovish tones by the Fed will “raise appetite for emerging-market currencies, including the zloty.”

If an investor does decide to invest internationally, he or she should be aware of the currency risks associated with these investments and consider the necessary factors to hedge appropriately.

Investing overseas without currency hedging would be akin to flying blind. International markets correlate with the movement of their respective currency, but investors may not be aware of the associated risks.

“You’ve got this enormous potential out there to convince people that they should be thinking more about the currency in their portfolio and the role that it plays,” said Bush.

Bush cites return, risk, correlation and cost as the four factors to consider when it comes to currency hedging. As mentioned, market movements in international equities can correspond directly with the local currencies.