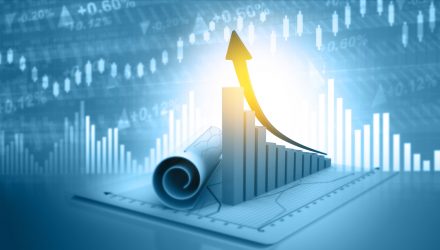 Large Caps Were Outperforming Small Caps Before Volatile May

Even before a volatile climate in May, large cap equities were already outperforming small cap equities, according to the latest “Relative Weight Spotlight” by Direxion Investments.

“While Large Cap and Small Cap stocks show very similar returns through the close of business on April 30, leadership shifted from Small Caps to Large Caps in a noticeable way,” noted the Direxion Investments post. “Through the month of January, Small Caps provided almost 3% in outperformance relative to Large Caps. Whether it was driven by a flight to quality, or simply market leadership from Large Cap Technology names, Small Caps gave all of this outperformance back over the trailing three months.”

For investors looking for ideal safe haven assets during the U.S.-China trade war are better off looking at large cap equities over small cap equities, according to Jill Carey Hall, the resident small cap stock expert at Bank of America. Hall said that small cap fundamentals are suspect and as such, should be avoided if a prolonged trade war continues.