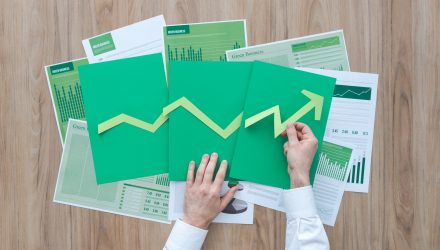 The crux of first-quarter earnings will take place this week, which could sway sector-specific exchange-traded funds (ETFs) as industry movers and shakers release their reports. Direxion Investments published their latest Relative Weight Spotlight that could give ETF investors and traders some insight as to where the next best move might be to position themselves for the busiest week of earnings.

Two notable areas that could see continued strength are in large cap equities and defensive equities.

“From a performance perspective, the momentum behind cyclical sectors and small cap stocks are clearly starting to slow, especially relative to their defensive sector and large cap counterparts,” the report noted. “Through the first two months of the year, cyclical sectors outperformed defensive sectors by 5.56%. In March, defensives eked out a gain relative to cyclicals to the tune of 0.01%. Similarly, small caps outperformed large caps by 4.98% over January and February, but since March 1, this spread has narrowed, as large caps outperformed small caps by 3.83%.” 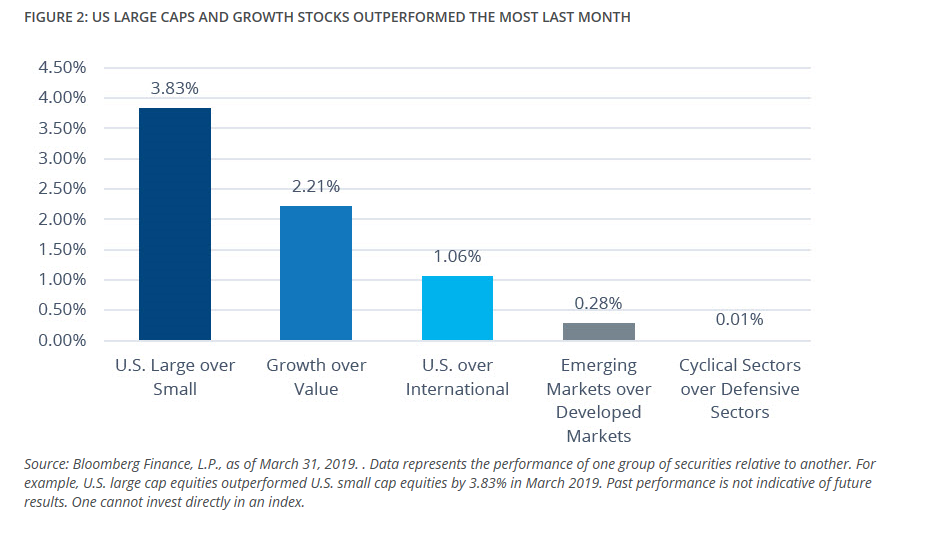 The movement of money has been in line with this trend towards large caps with the report noting that “the U.S. large cap and U.S. broad market categories have seen the largest absolute flows, with roughly $11.58B and $12.43B in net inflows, respectively.”

A main driver for this tilt to large caps and defensives could be investors feeling vexed over the concern on slowing global growth. Earlier this month, the international monetary fund (IMF) cut its global growth forecast to the lowest level since the financial crisis, citing the impact of tariffs and a weak outlook for most developed markets.

“This is a delicate moment,” said IMF chief economist Gita Gopinath at a press briefing in Washington. 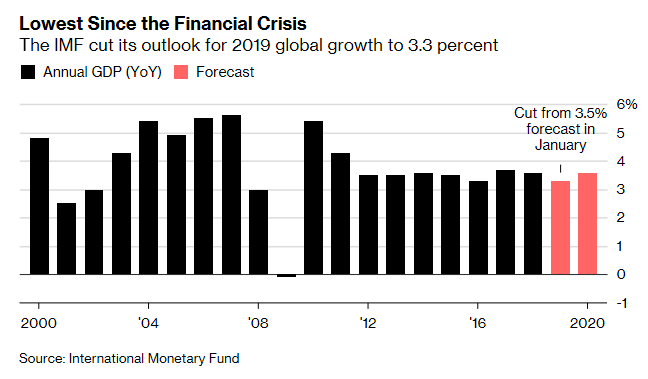 While U.S. equities have been rebounding off the fourth-quarter sell-off in 2018, a key notable during earnings reports will be their guidance for the rest of the year. It will be interesting for investors to see how the reporting companies gauge their performance moving forward and whether this will translate to continued strength in large caps and defensives.

How can investors and traders capitalize on these trends?