You are at:Home»Relative Value Channel»Kevin O’Leary: Pay Off Your Student Debt in 10 Years 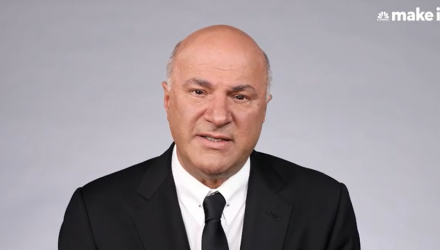 Kevin O’Leary: Pay Off Your Student Debt in 10 Years

Canadian businessman and television personality Kevin O’Leary is not averse to investing in yourself via college, but taking on student loan debt should come with an important self-imposed condition–paying it off within a 10-year timeframe.

“College is an investment in your future but it also brings on debt,” O’Leary added. “In other words, you better think long and hard about the debt you’re going to incur in going to college.”

10 years may be the bare minimum–O’Leary told CNBC Make It in a previous segment that new grads should pay off student loans within three years. This is because the longer an individual takes to pay off their loan, the more interest accrues.

Furthermore, O’Leary suggests that before even taking on student debt, prospective college students should think long and hard prior to choosing a major–preferably one in the STEM  (science, technology, engineering, mathematics) field.

“‘What am I taking in university that’s going to give me a salary that lets me pay this off?'” is a question O’Leary says would-be students should ask themselves.

Related: Why Investors Are Concerned About a Global Economic Slowdown

On the real estate ownership front, student loan debt is also causing young Americans to put homeownership on the back burner, according to two papers published by the Federal Reserve earlier this year.

This is what the central bank found:

“While investing in postsecondary education continues to yield, on average, positive and substantial returns, burdensome student loan debt levels may be lessening these benefits,” the researchers noted.

“On the one hand, student loan payments may reduce an individual’s ability to save for a down payment or qualify for a mortgage. On the other hand, investments in higher education also, on average, result in higher earnings and lower rates of unemployment,” wrote the researchers.

With the Federal Reserve sounding more dovish as of late with respect to interest rate policy, will lower rates spur more debt? Will this prop up the financial sector with more banking activity?