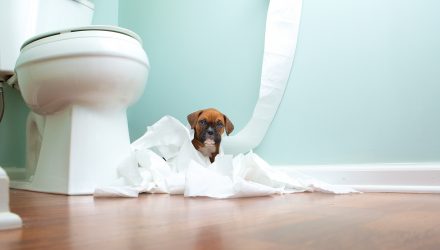 Joel Greenblatt on the Opportunity in Misbehavior

Joel Greenblatt is one of the rare few who can claim 40% returns over two decades. He also has a knack for explaining things simply.

He did that in his first book, You Can Be a Stock Market Genius, which explained how he earned some of that 40% return. And it showed again in his second book, The Little Book that Beats the Market.

And he did it again in his third book, The Big Secret for the Small Investor, though it’s a little different than the first two. It’s written for people new to the game, but there’s something in it for everyone.

His message is simple: the small investor has built-in advantages over the pros and there is more than one right way to invest. You can try to value stocks, evaluate fund managers, or settle for index funds. And if the typical index fund is too average for you, maybe spice things up with equal- or value-weighted funds instead.

But Greenblatt’s big secret is that none of it matters because while there is more than one right way to invest, every way is difficult. In some cases, the difficulty is work and people won’t put in the effort.

But in every case, a major flaw in the system exists that just makes investing hard:

There’s actually a whole school of investment thought, known as behavioral finance, which pretty much concludes that we’re not tough at all. In fact, just the opposite. While entire books have been written on the topic, the bottom line is pretty simple: we’re practically hardwired from birth to be lousy investors.

Our survival instincts make us fear loss much more than we enjoy gain. Just like on the savannas in Africa, we run from danger first and ask questions later. No wonder we panic out of our investments when things look bleakest — we’re just trying to survive! We have a herd mentality that makes us feel more comfortable staying with the pack. So buying high when everyone else is buying and selling low when everyone else is selling comes quite naturally — it just makes us feel better! We use our primitive instincts to make quick decisions based on limited data, and we weight most heavily what has just happened. Given the shortcuts that worked for us in the wild, of course we run from managers who performed poorly most recently and into the arms of last year’s winners — that just seems like the right thing to do! And I’m sure having a strong ego must have had some benefits over time, too, so as a result, we all think we’re above average! That’s probably why we consistently overestimate our ability to pick good stocks or to find above-average managers. It’s also this outsized ego that likely gives us the confidence to keep trading too much. And maybe that’s why we keep making the same investing mistakes over and over — we just figure this time we’ll get it right!

Understanding some of these things about ourselves is actually pretty powerful. It’s from this understanding of our natural responses that we can begin to explain things like the most recent bubbles in housing and the Internet. To a large extent, maybe the value effect we examined in the last chapter is merely a result of the emotional overreactions that are built into all of us. Maybe it helps explain why Mr. Market acts crazy at times. But maybe it’s also why we can’t seem to take advantage of Mr. Market’s craziness just when we should. Then again, none of this is really our fault! After all, we’re busy surviving, herding, fixating on what just happened, and being overconfident!

Maybe knowing all this behavioral stuff helps. Maybe it doesn’t. Greenblatt’s solution to this problem is to accept it. It’s best to play it safe and assume your baser instincts will show up at weird times and mistakes will be made.

The fun fact is that the market is full of people with the same problem. That’s the opportunity for those who are willing to put in some effort because investing success comes from doing the things that others won’t do or fail to do.

So find a strategy you can stick with, that takes advantage of everyone else’s mistakes while helping avoid as many of your mistakes as possible. Doing that will put you in the top half of all investors.

Source:
The Big Secret for the Small Investor