You are at:Home»Relative Value Channel»Italian Bonds Rise After Avoiding Downgrade from Fitch Ratings 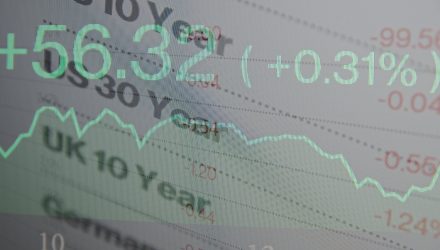 Italian bond yields reached a fresh low within the past week as Fitch Ratings decided to keep the current BBB rating intact. However, the ratings company didn’t shy away from affirming that significant risks are still present as Italy’s high debt levels remain and its fiscal standing remains tenuous.

“Fitch’s affirmation of Italy on Friday evening should take the edge out of downgrade fears for the upcoming Moody’s and S&P reviews,” wrote Commerzbank strategists led by Michael Leister.

In recent months, Italy and the EU haven’t been seeing eye to eye on the country’s proposed budgetary plans, causing the EU to reject the proposals due to its excessive spending, which has caught the ire of Italy’s leaders in the process. However, Italy’s deputy Prime Minister Matteo Salvini is showing signs that the country could succumb to increased pressure from the EU by lowering its deficit budget.

Forthcoming ratings decisions are looming, which could pose additional risks to the country’s bonds. Moody’s Investors Service is scheduled to review the bonds on March 15 and S&P Global Ratings is slated for April 26.

Related: Lessons From How Pros Use Bond ETFs