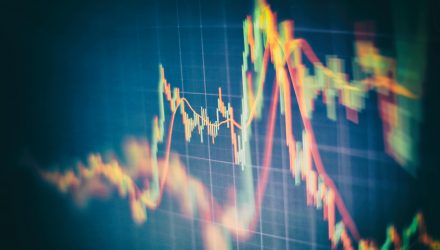 Is a 2008-Like Market Downturn Looming for U.S. Equities?

The last thing investors want to be reminded of is the Financial Crisis of 2008, but with trade wars and a fear of a global economic slowdown looming, the market sentiment is starting to become eerily familiar to that same time over a decade ago.

One of the storylines during the crisis in 2008 was the fall of global financial services firm Lehman Brothers. The once-mighty firm underwent bankruptcy after the subprime mortgage crisis helped bring them under.

Is that same risk starting to show itself again in 2019?

“At this point, we think it would be a mistake to dismiss the possibility of a Lehman-like shock as a mere tail risk,” Nomura macro and quant strategist Masanari Takada said in a note Tuesday. “The pattern in US stock market sentiment has come to even more closely resemble the picture of sentiment on the eve of the 2008 Lehman Brothers collapse that marked the onset of the global financial crisis.”

While the markets are rebounding from a 767-point loss in the Dow Jones Industrial Average, this could only  be a proverbial band-aid to cover an even larger wound that’s just up ahead. For Takada, that could be as soon as late August or the beginning of September.

“We would expect any near-term rally to be no more than a head fake, and think that any such rally would be best treated as an opportunity to sell in preparation for the second wave of volatility that we expect will arrive in late August or early September,” Takada said. “We would add here that the second wave may well hit harder than the first, like an aftershock that eclipses the initial earthquake.”

A data-fueled Federal Reserve will certainly be keeping a close eye on the latest employment numbers as it ponders the possibility of more rate cuts that the capital markets are hoping for. While unemployment remains at a 50-year low, wage growth has been lagging and all this data could present a make or break moment for U.S. equities.