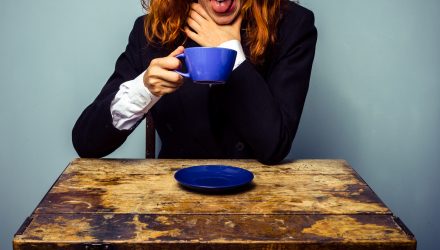 Investors Have Shown a Distaste for Emerging Markets in May

May’s market volatility due to U.S.-China trade wars has been a progenitor of suffering in the emerging markets (EM) space. The distaste for EM was certainly evident, according to Direxion Investments’ “Relative Weight Spotlight” post on EM versus developed markets (DM).

However, this sets up a trading opportunity for investors to capitalize on EM weakness and slide into DM strength.

“On the back of a deteriorating macroeconomic backdrop, one that has been largely driven by trade and growth fears, emerging markets have been a stark underperformer relative to their developed market counterparts throughout the month of May,” the Direxion post noted. “In fact, not a single country in the top five emerging markets nations by weight has outperformed a developed market nation in the top five by weight. In both cases, the top five countries by weight make up over 67% of each respective basket.”

“Emerging markets are bearing the brunt of an escalating trade war between the world’s two largest economies and there is no certainty on when this ends,” wrote CNBC’s Spriha Srivastava. “Last week was the worst for emerging market currencies since the Turkish lira crisis of summer 2018. The Chinese yuan has lost nearly 3% of its value against the U.S. dollar since May 5 — the day President Donald Trump tweeted about new tariffs on the country.” 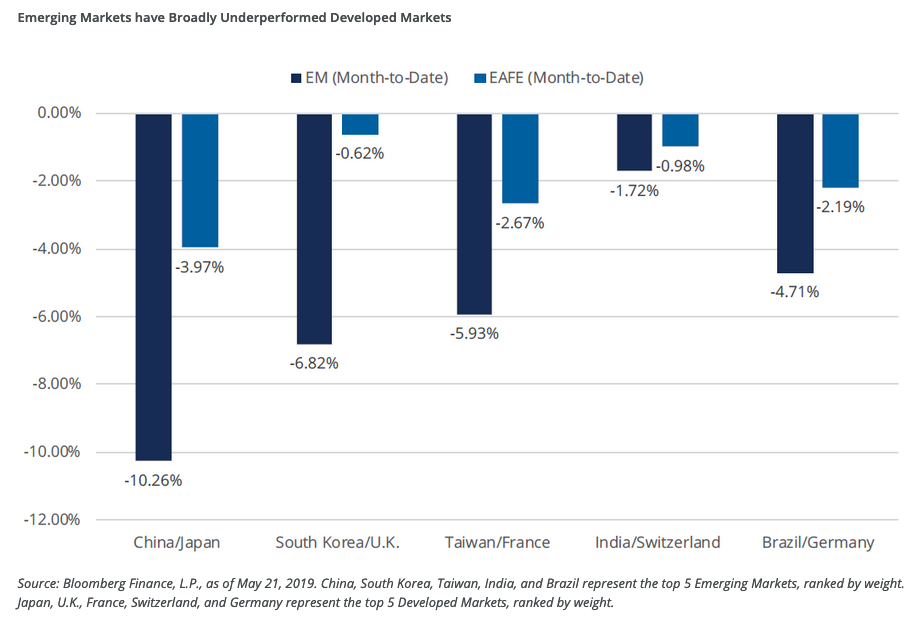 Global investment firm Goldman Sachs is saying “enough is enough” in the EM space with significant risks ahead as the U.S.-China trade spat continues to bring uncertainty to the capital markets.

“We have scaled back overweight exposure to EM (emerging market) currencies and EM debt until we gain clarity on the direction of travel for both U.S.-China trade relations and global growth, with the two being interconnected,” Goldman Sachs Asset Management (GSAM) said in a note.