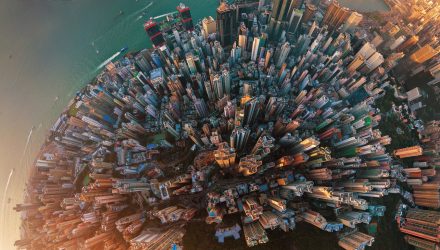 Has the Global Economy Already Reached a Bottom?

A global rebound could be underway, according to Goldman Sachs Group Inc. Chief Economist Jan Hatzius, who cites that while growth is lukewarm, the investment firm’s current activity indicator in February is slightly above downwardly-revised numbers for December and January.

“Some green shoots are emerging that suggest that sequential growth will pick up from here,” Hatzius and Sven Jari Stehn wrote in a note dated Feb. 26.

International and merging markets investors have been feeding off the latest U.S.-China trade negotiation news, especially now that U.S. President Donald Trump is open to extending the 90-day trade truce that is set to expire on March 2. In the meantime, optimism is permeating throughout the capital markets on a permanent trade deal getting done is reflected in emerging markets ETFs that have been receiving the lion’s share of net inflows.

As the trade deadline looms, however, it could be a bumpy ride for emerging markets. As more news regarding trade floods the capital markets, the international and EM space will be one of the more sensitive areas to respond.

Jamie Dimon: “Prepared for a Recession”

In the meantime, it’s not all rose-colored glasses for all. Over three-quarters of business economists are foreseeing a U.S. recession by the end of the year 2021, according to a semiannual National Association for Business Economics (NABE) survey released Monday.

“We are prepared for a recession,” said Jamie Dimon, Chief Executive Officer of JPMorgan Chase & Co. “We’re not predicting a recession. We’re simply pointing out that we are very conscious about the risks we bear.”