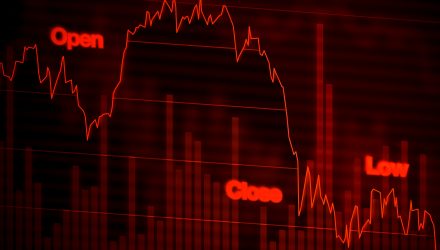 The Dow Jones Industrial Average fell over 200 points as global growth concerns put a stranglehold on the capital markets during the early trading session on Friday.

Contributing to the wall of worry was weak manufacturing data coming out of Europe and jitters from the bond market regarding a shifting yield curve–something not seen since 2007–just prior to the financial crisis.

“Yield curves are responding to what they see, to what I believe is a global economic slowdown,” said Peter Boockvar, chief investment officer at Bleakley Advisory Group. “You don’t see this kind of move in curves, not just here but everywhere, unless you get one.”

“There’s a host of worries out there and those worries continue to mount,” said Peter Cardillo, chief market economist at Spartan Capital Securities. “The fear of recession is increasing.”

“As a result, we have a market that is rethinking some of the optimism that was priced in.”

Adding to fears of global growth was the Federal Reserve’s cautiousness during Wednesday’s interest rate announcement. In move that was widely anticipated by most market experts, the Federal Reserve on Wednesday elected to keep rates unchanged, holding its policy rate in a range between 2.25 percent and 2.5 percent.

In addition, the central bank alluded to no more rate hikes for the rest of 2019 after initially forecasting two. To the markets, however, this may have struck a chord of too much caution.

“Since last year, we’ve noted some developments at home and around the world that bear our close attention,” said Powell during a press conference following the rate announcement. “Given the overall favorable conditions in our economy, my colleagues and I will be patient in assessing what, if any, changes in the stance of policy may be needed.”

“All anyone needs to do is read the first paragraph of the Fed press statement to see that the central bank has marked down its assessment of the economic landscape – the choice of words suggests far more than the tweaking that was done to the numerical projections,” said David Rosenberg, chief economist and strategist at Gluskin Sheff.