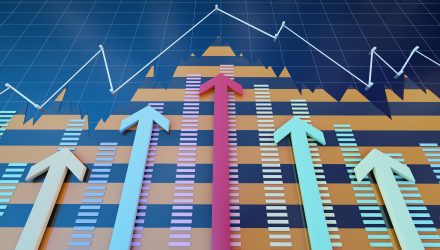 GDP Falls to 2.1% in Q2 But Beats Wall Street Expectations

The Commerce Department reported that Gross domestic product (GDP) fell during the second quarter to 2.1 percent, but still bested Wall Street analysts who were expecting a larger decline. GDP fell from 3.1 percent in the first quarter, which represents the weakest increase since the first quarter of 2017.

“The recession talk was always overstated,” said Michael Arone, chief investment strategist at State Street Global Advisors. “Those that were doing the Chicken Little, the sky is falling, we’re headed for recession talk were clearly early in that assessment. The economic data continue to suggest that the economy isn’t near recession, at least in the next year or so.”

It’s not all doom and gloom for U.S equities with some analysts noting that of all the companies that have reported second-quarter earnings thus far, 79 percent are beating estimates and even notched 4.1 percent in growth. As such, for investors sensing continued upside in U.S. equities over international equities, the Direxion FTSE Russell US Over International ETF (NYSEArca: RWUI) offers them the ability to benefit not only from domestic U.S. markets potentially performing well, but from their outperformance compared to international markets.

“The data clearly shows signs of a bifurcated economy. Weakness in manufacturing has weighed on components like inventories and fixed investment, but the healthy U.S. consumer has helped buoy the economy as seen in the stable reading on personal consumption expenditures,” Michael Reynolds, investment strategy officer at Glenmede, said in a note. “Altogether, robust domestic consumers are more than offsetting the headwinds of a weakening manufacturing economy.”