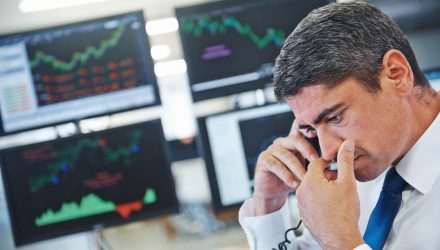 Trading E-mini S&P 500 futures represents a $200 billion market, and some traders are noticing a lack of liquidity, which could put the stock market in a fragile state should a sharp downturn take place.

It’s something that traders who play in this nuanced market have been picking up on since last year’s fourth-quarter volatility that racked the markets and led to massive sell-offs culminating on Christmas Eve. Futures activity tracking the S&P 500 index is typically impacted prior to hitting the stock market.

As such, lesser liquidity in these E-mini S&P 500 futures could infect the general stock market, making it more susceptible to large swings in prices–up or down.

“Particularly if the market goes one way, that impact is going to be exacerbated in either an up move or a down move,” said Hallie Martin, a strategist with Deutsche Bank in New York.

Typically, liquidity thins in E-mini S&P 500 futures when markets are facing pressure, but returns when markets eventually stabilize. As such, that lack of liquidity is what’s making these traders fret.

“The weird thing is that markets haven’t been that volatile this quarter, but order-book depth hasn’t really recovered,” said Hovannes Jagaspanyan, an algorithmic trader in the Chicago office of Quantlab, a high-speed trading firm.

The Wells Fargo recession model is eerily reminding investors of 2008. The model, which uses a mix of spreads from Treasury yields, is showing that a chance of a recession jumped above 40 percent in January.

This disconnect between volatility and recession probability hearkens back to the financial crisis in 2008.

“In 2007, 1-year vol traded at very low levels despite recession risk having increased rapidly in 2006,’’ Chintawongvanich wrote. “It was only when Bear Stearns started running into trouble in summer 2007 that 1-year vol rapidly repriced.’’

If a market shock occurs, will large cap equities be in better shape versus small cap equities?