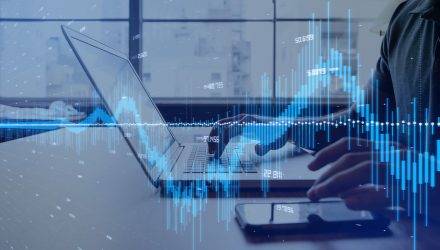 The Federal Reserve didn’t instill much confidence in the capital markets on Tuesday after results from a survey of central bank respondents revealed that gross domestic product is expected to slow to a 2.33 percent rate of growth this year after initially forecasting 2.44 in January. 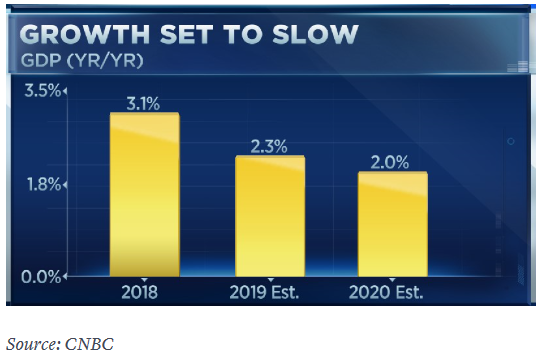 The reason for the lower reading primarily stems from slower global growth and tariffs. With the U.S. and China working to produce a permanent trade deal, this could be the trigger event to give the central bank more confidence in economic growth.

“If Trump wants to be a two-term president, he needs to make a China trade deal and start lowering tariffs across the board,” said Hank Smith, co-chief investment officer of Haverford Trust. “This will cause business confidence to rise and capital spending to increase, stimulating the economy.”

The high number of respondents expecting a deal could allude to the gain in U.S. equities this far already pricing in a deal.

“Ultimately … we feel a trade deal can be accomplished that neither party will love nor hate,” said Richard D. Steinberg, chief investment officer of Steinberg Global Asset Management.

Other factors could also be weighing in on the economy as the Labor Department recently said that 20,000 jobs were added in February, falling well below a Dow Jones poll of economists who were expecting 180,000. It marked the weakest month of job creation since September 2017, stoking more fears of a global economic slowdown.

Will a U.S. slowdown allow international equities to gain the upper hand through 2019?