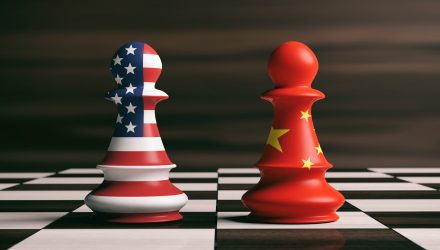 Is the Expectation of a U.S.-China Trade Deal Overblown?

Saturday could be a make or break moment for a U.S.-China trade deal as U.S. President Donald Trump and China’s Xi Jinping will meet at the G-20 summit to hopefully iron out their differences on a trade deal that was supposed to happen earlier this year. With the capital markets poised to respond to the upside if a deal is done, is this optimism overblown?

“The rhetoric coming out of China has changed a lot. China is digging in its heels,” said Invesco’s Kristina Hooper, the firm’s chief global market strategist. “So, unless the U.S. is willing to take minor concessions around narrowing the trade deficit, I don’t think we’re going to see a deal.”

However, who needs a trade deal when the U.S. economy can maintain its current growth rate? It’s a question that investors weren’t asking in May when the volatility stricken month sent the capital markets in a daze, but Larry Kudlow, director of the National Economic Council, thinks this is no longer the case.