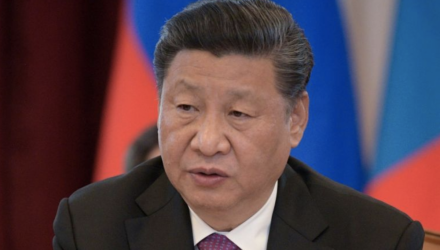 Expect More Volatility Ahead with Every Tweet and News Report

By Lori Zager via Iris.xyz.

As one of our favorite strategists said, “Investors continue to be beholden to the actions of three people – Powell, Trump, and Xi. Chair Powell is unelected, President Trump is unpredictable, and President Xi is largely unaccountable.”

The S & P 500 reached new highs in June, but we have seen this movie before. In late January and again in late September of 2018, the S&P reached similar highs, leading pundits to argue that for a year and a half the market has basically gone nowhere. Between those dates, however, market action resembled a roller coaster and made investors equally nauseous.

Is it the economy, stupid?

The economy has enjoyed a similar roller coaster ride. The first half U.S. economic data are mixed, with job growth and consumer spending in the positive camp and manufacturing and capital spending decidedly negative. Despite falling interest rates, both home and auto sales have slowed. Further, business inventory levels are high, which takes away from future growth. Both the global and domestic outlook is shaded to the softer side, in part due to continued uncertainty over trade policy regarding China and USMCA (not to mention Europe).

Pessimism about the US economy is reflected in the inverted yield curve where 10-year Treasury yields have fallen below 3 month yields and remained there for about 6 weeks. Historically, this inversion has signaled a likely recession in the following 6 to 18 months (and a likely cut in the fed funds rate). Recessionary bear markets last longer and go down more than other bear markets.

What are the markets telling us?

We understand that markets anticipate economic activity. The US bond market shows investors think the Federal Reserve made a policy mistake by raising rates in December and now anticipate a corrective rate cut by the Fed in July, plus a likelihood of two more cuts by the end of 2019. The US stock market is anticipating rate cuts by the Federal Reserve and achieving a trade deal between the US and China. With the US stock market hitting new highs, it feels like a lot of things have to go right for the S & P 500 to continue its upward trajectory.