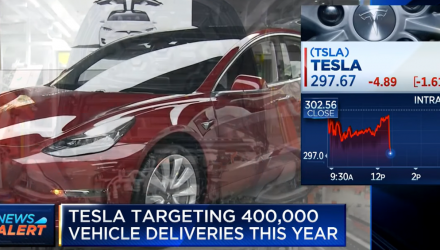 ETFs With Tesla React After Model 3 Reliability Comes Into Question

Aside from consumer reviews, recommendations by Consumer Reports are based on rigorous performance tests by the rating company’s own in-house review team. Tesla owners were also wary of the fit and finish of the Model 3, which negatively affected the recommendation.

“When we look at the Model 3 a lot of the issues are the electronics,” said Jake Fisher, senior director of automotive testing at Consumer Reports. “There are some issues replacing the (navigation/infotainment) screens, for instance, but we’ve seen other issues in terms of the trim breaking and the glass.”

Middle of the Pack

The withdrawn recommendation confirms analysts’ concerns that increasing production in 2018 would negatively impact the quality of the Model 3. Tesla CEO Elon Musk set aggressive production goals for the Model 3, but reports of faulty assembly line robots and flawed parts swirled amid what Musk called “production hell.”

“We’re setting an extremely high bar for Model 3,” a Tesla spokesperson said in response to the Consumer Reports recommendation withdrawal. “We have already made significant improvements to correct any issues that Model 3 customers may have experienced that are referenced in this report, and our return policy allows any customer who is unhappy with their car to return it for a full refund.”

“This new data from Consumer Reports comes from their annual Owner Satisfaction survey, which runs from July through September, so the vast majority of these issues have already been corrected through design and manufacturing improvements, and we are already seeing a significant improvement in our field data,” the spokesperson added.

Nonetheless, when looking at Tesla overall, the electric automaker falls in the middle of the pack with respect to other manufacturers. 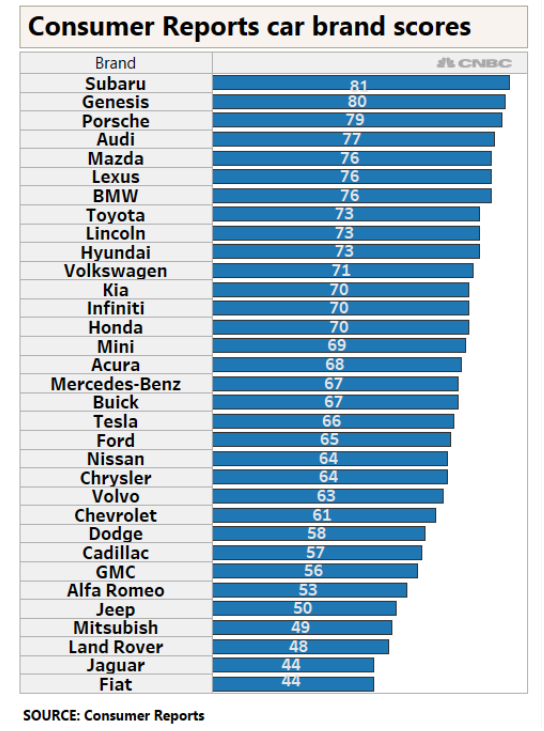