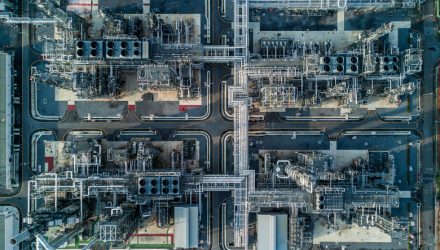 Energy sector-related ETFs were among the worst off Thursday after the Energy Information Administration revealed a jump in U.S. crude-oil stockpiles and Saudi Arabia said it would pick up the slack with the Iran export waivers expiring.

Michael Hewson, chief market analyst at brokerage CMC Markets, also underscored the second week in a row of inventory builds that were much larger than expected, warning that “if these inventories are rising, it suggests demand is falling.”

Further fueling the retreat in the energy markets, the U.S. is set to end its Iran sanction waivers program that allowed eight countries, including China and India, to import Iranian oil temporarily. However, Saudi Arabia stated it would increase its share of exports to make up the difference.

Will a fall in oil profits mean cyclical sectors will fall out of favor and more capital will flow into defensive sectors as 2019 wears on?