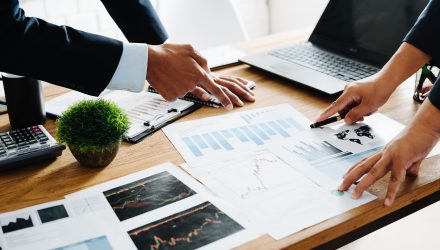 Employment Data Could Be a Make or Break Moment for U.S. Equities

A data-fueled Federal Reserve will certainly be keeping a close eye on the latest employment numbers as it ponders the possibility of more rate cuts that the capital markets are hoping for. While unemployment remains at a 50-year low, wage growth has been lagging and all this data could present a make or break moment for U.S. equities.

The Labor Department revealed that 164,000 jobs were added during the month of July while the unemployment rate was static at 3.7 percent. This represents a drop of a drop of about 61,000 or about 27 percent from June–will this hurt U.S. equities moving forward?

Still, according to the Bureau of Labor Statistics, weekly wages in the U.S. increased an average of 2.6% each year from 2008 to 2018. However, some economists are saying that wage growth has not kept pace with an increase in productivity as well as the cost of living.

“That means someone is getting more of the money,” said Nobel Prize-winning economist Joseph Stiglitz. “It is totally understandable why workers say ‘we ought to do something.’ I think the fear is: As bad as things are now they could get worse and that if we don’t do something preemptively we’re in for even more difficulties.”