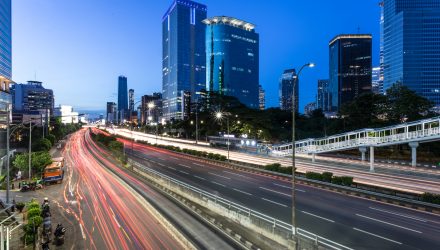 Forecasts of a weakening global economy and heavy doses of market volatility have been putting a strain on emerging markets investors the last couple of months. However, they could present investors with a value-oriented play should U.S.-China trade deal talks translate into something positive by year’s end.

The U.S.-China trade war has for the most part been a bane to emerging markets (EM) since last summer, but with the Federal Reserve realizing the implications of a protracted tariff tussle, more rate cuts could be a boon to EM as well. How should investors play EM this time around?

“Twenty years ago, people were extremely gloomy about emerging markets and a lot of people said, ‘This is where you have a lot of volatility and no return,’” Donald said. “The next 10 years was a period where you got much better returns.”

Thus far, market volatility due to U.S.-China trade wars has been a progenitor of suffering in the EM space. However, this sets up a trading opportunity for investors to capitalize on EM weakness and slide into DM strength.

The U.S.-China trade war is certainly injecting a dose of distaste for certain markets and one in particular is opportunities overseas like EM. As U.S.-China trade deal negotiations began to break down, emerging markets took a gut shot, but while they might be reeling, they could stage a late-round comeback.

Conversely, if investors believe that resolutions to the big issues impacting sentiment today are in motion, the Direxion MSCI Developed Over Emerging Markets ETF (NYSEArca: RWDE) provides a means to not only see developed markets perform well, but a way to access a convergence/catch-up in performance of DM relative to EM, a spread that has clearly widened over the past six months.