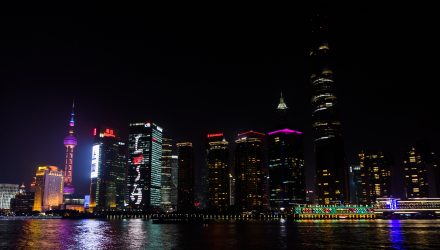 Emerging Markets ETFs See Over $1B in Inflows

The capital markets were awash in optimism following last week’s “phase one” trade deal agreement between the U.S. and China, which ended up being a godsend for emerging markets (EM) ETFs. EM-focused funds saw over $1 billion in inflows the week ending Dec. 13.

“Some $1.15 billion was added to U.S.-listed emerging market ETFs that invest across developing nations as well as those that target specific countries in the week ended Dec. 13, more than eight times the $141.9 million inflow in the previous week, according to data compiled by Bloomberg,” an article in Bloomberg by Aline Oyamada noted. “It was the 10th straight week of inflows, the longest streak in a year.”

“Flows were led by the three biggest emerging-market equities ETFs rather than country-specific funds, signaling investor optimism on the asset class,” the report added. “The $28.7 billion iShares MSCI Emerging Markets ETF, known as EEM, received $533 million and the $66 billion Vanguard FTSE Emerging Markets ETF, known as VWO, got $352 million, both the biggest amounts since February.”

The capital markets were feeling the euphoric aftermath of a U.S.-China trade deal last Friday with emerging markets (EM) equities hitting a seven-month high, per a recent Reuters report. In addition, the MSCI emerging markets index rose 1.5% higher on the back of a more dovish U.S. central bank that kept rates steady.

On a monthly basis, the Index will re-balance such that the weight of the Long Component is equal to 150% and the weight of the Short Component is equal to 50% of the Index value. In tracking the Index, the Fund seeks to provide a vehicle for investors looking to efficiently express an emerging over developed investment view by overweighting exposure to the Long Component and shorting exposure to the Short Component.