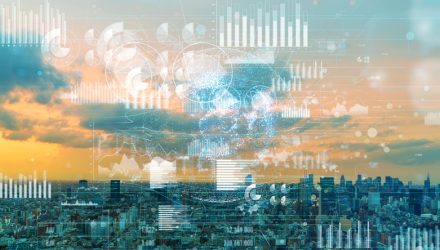 As the markets roiled, emerging country stocks and related ETFs were among the most loathed areas of the global markets.

With growing fears that the escalating trade ware between the U.S. and China would pressure global growth, the MSCI Emerging Markets Index tumbled into correction territory while emerging currencies depreciated and followed the Chinese yuan to record lows, the Wall Street Journal reports.

The moves reflect the growing fear that emerging market assets, which are particularly exposed to global trade, could be among the hardest hit in a protracted and more intensified trade war.

Investors yanked $6.8 billion from emerging market stocks and bonds between last Thursday and Tuesday, according to the Institute of International Finance. Some $2 billion alone came out of Chinese stocks, the IIF added.

“Things have escalated beyond most people’s imaginings in recent days,” Alejo Czerwonko, executive director of emerging-markets investment strategy at UBS Wealth Management, told the WSJ. “The fear is that things escalate into a downward spiral.”

Further weighing on emerging markets, a number of developing economies have been cutting interest rates, which added to concerns that these countries posed greater risks, compared to steadier developed markets. The decline in yields and rising bond prices helped bolster prices of emerging market sovereign and corporate bonds.

In addition, the pullback in the commodities market pressured emerging countries that rely heavily on exporting these raw materials. Investors believed that a slowing global economy would further cut demand for raw goods that are key components for many manufacturing and construction projects.