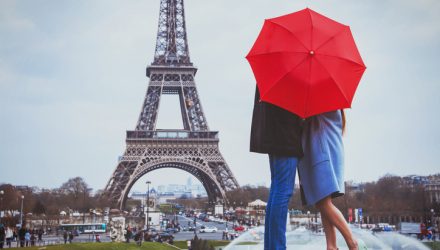 With the European Central Bank hinting at an intervention if the growth outlook further deteriorates, investors who are looking into the Eurozone may want to consider a currency-hedged Europe exchange traded fund to limit foreign exchange risks.

European Central Bank President Mario Draghi said the central bank was looking into interest rate cuts, fresh bond purchases and new policy guidance to counteract the region’s persistently low inflation, which has kept falling short of its target for the past six years or most of his eight-year term as president, Reuters reports.

The ECB has set an inflation target “close to but below” 2% for 16 years, but Draghi pointed out that after the prolonged undershot, the target is considered symmetric and there would be no cap at 2%. Some policymakers were even advocating a complete shift to an inflation target for the first time since 2003.

The ECB kept interest rates unchanged on Thursday, but Draghi assuaged market observers by adding that the central bank was looking into a stimulus package as soon as September.

Additionally, the central bank changed its wording and saw rates at present or lower through mid-2020, compared to its previous stance to keep rates unchanged through next June.

For instance, as the euro currency weakened 2.8% against the U.S. dollar so far this year, DBEZ increased 21.7%, HEZU advanced 21.6% and HEDJ rose 22.5% while the un-hedged Vanguard FTSE Europe ETF (NYSEArca: VGK), the largest Europe-related ETF on the market, gained 15.6%.