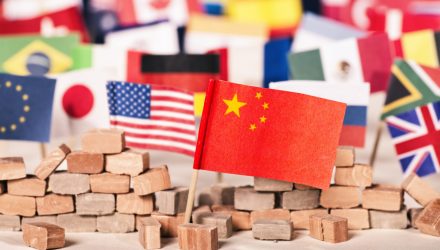 China country-specific exchange traded funds maintained their momentum as a deal between the U.S. draws nearer with the world’s two largest economies ironing out the details on an agreement to resolve an extended trade dispute that disrupted global markets.

Chinese markets strengthened on rising expectations that the United States and China could reach a trade deal during their ongoing trade talks.

“So far, so good,” U.S. Treasury Secretary Steven Mnuchin told reporters when asked about the U.S.-China trade talks in Beijing, following a day after President Donald Trump stated he would be willing to push off the March 1 deadline if the two sides were close to a deal, Reuters reports.

The U.S. has placed tariffs on $200 billion in imports from China, which were previously scheduled to increase to 25% from 10% if the two countries did not reach an accord by March 1. President Trump said he could let the deadline for a trade agreement “slide for a little while,” but he preferred not to do so, alleviating fears that Trump’s advisers previously described as a “hard deadline.”

Further adding to the risk-on sentiments, there were signs that President Trump is likely to sign a border-security deal that would keep the government open past Friday.

“The optimism is really about the trade talks with China and a deal getting done, but relief about the government staying open is also helping,” Jimmy Lee, founder and CEO of The Wealth Consulting Group, told Reuters.

“We’re back with a risk-on attitude but there’s still a little bit of profit-taking as the stock market has been up a lot this year,” Lee added.