You are at:Home»Relative Value Channel»Brazil Driving Gains in Emerging Markets 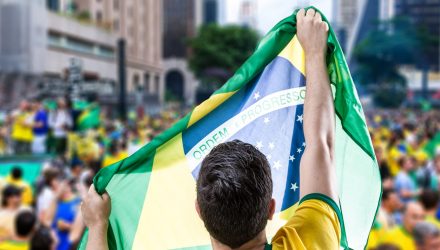 Investors might be sitting on their hands when it comes to international market exposure since the elephant in the room is whether a possible trade deal between the United States and China is looming as the primary trigger event. Trade negotiations going awry can certainly send markets abroad in the wrong direction, but it doesn’t mean investors should avoid them entirely,

The U.S. stock market has been the default play for investors during the historic, decade-long bull run, but the latest volatility may have steered them off course and opportunities abroad could be an alternative.

Despite the deep declines in emerging markets this year, with respect to value compared to price, many of these plays from abroad present a profitable opportunity that can be realized, especially if China and the U.S. ameliorate their trade differences.

Thus far, it’s been Brazil who has been leading the charge in emerging markets. The election of the polarizing Jair Bolsonaro to president was the message Brazilian voters communicated to the world that anti-establishment was in and traditional politics was out.

Bolsonario’s biggest task is to help extract the country from its current economic doldrums, but his election is perceived by market experts as one that leans toward the benefit of the country’s capital markets. This bodes well for Brazilians as the economy will be first and foremost on their minds since the country has been slow to recover after it experienced its worst recession to date.

“We have been dialing up on our exposure to emerging market equities for the last 18 months. It was really nice to see them all outperforming in January,” says Scott Clemons, chief investment strategist at Brown Brothers Harriman.