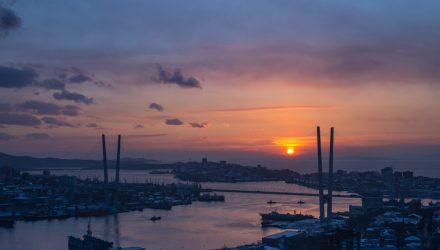 Home to $72.5 billion in assets under management at the end of the second quarter, the Vanguard FTSE Developed Markets ETF (VEA) is one of the largest international equity exchange traded funds listed in New York. In fact, just a handful of domestic equity ETFs are bigger than VEA.

VEA seeks to track the investment performance of the FTSE Developed All Cap ex US Index. VEA provides a convenient way to match the performance of a diversified group of stocks of large-, mid-, and small-cap companies located in Canada and the major markets of Europe and the Pacific region.

One of the most obvious reasons for VEA’s massive success is its paltry fee. VEA’s annual expense ratio is just 0.05%, or $5 on a $10,000 investment, making it one of the least expensive equity ETFs of any stripe on the market today.

VEA “weights its holdings by market capitalization, an approach that benefits investors by capturing the market’s consensus opinion of each stock’s value while mitigating turnover,” said Morningstar in a recent note. “Markets usually get long-term prices correct, but they occasionally make mistakes. Investors can drive valuations up if they get excited about a particular area of the market, and market-cap-weighting will increase the fund’s exposure to it.”

VEA holds more than 3,900 stocks with a median market value of $28.8 billion, according to Vanguard data. At the geographic level, the Vanguard fund allocates nearly 45% of its combined weight to Japan, the U.K. and Canada. Overall, 25 countries, all of which are developed markets, are represented in the fund.

“Non-U.S. stock funds like this one can diversify a U.S. stock portfolio by providing access to a wider opportunity set,” said Morningstar. “The portfolio’s sector weightings are comparable to its average Morningstar Category peer. It does not hold stocks from emerging markets, while a typical competitor has a 7% stake. This modest difference shouldn’t impact the fund’s category-relative performance.”

Over the long-term, the Vanguard fund has been a decent performer.

“The fund’s total and risk-adjusted returns were similar to the category average from its launch in July 2007 to November 2018. It remains fully invested, while its better-performing competitors were more defensive, giving them an advantage over this period of lackluster market performance. The fund’s 0.05% expense ratio is a sizable cost advantage over most of its competitors and should provide a long-term durable advantage,” according to Morningstar.

The research firm has a Silver rating on VEA.