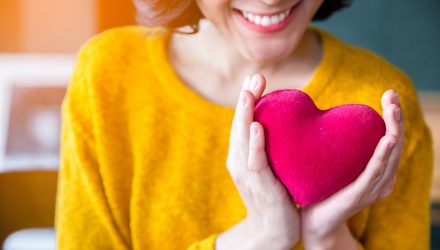 Just look at the iShares U.S. Healthcare Providers ETF (NYSEArca: IHF), which is lower by almost 7% this year. Healthcare ETFs have been dogged this year by speculation that Medicare For All could become a reality if Democrats win the White House in 2020. Many of the most visible Democratic contenders for that party’s 2020 presidential nomination are embracing Medicare For All.

Those headlines are plaguing stocks such as Dow component UnitedHealth Group (UNH), Cigna (CI) and CVS Health (CVS), a trio that combine for almost 36% of IHF’s weight. Alone, UnitedHealth represents 22.07% of IHF’s weight and that stock is one of the worst-performing members of the Dow this year. However, some market observers believe lagging healthcare providers could be poised to bounce back.

“The stocks trade for an average of just 12 times projected 2019 earnings. And UnitedHealth, Anthem, and Humana already are generating double-digit growth in earnings per share,” reports Andrew Bary for Barron’s. “Patience is required because the insurers could be under a cloud until the 2020 presidential election—unless a Democratic front-runner emerges and distances himself or herself from the Medicare proposal.”

Click on any of the links in the table below will provide additional descriptive and quantitative information on Healthcare ETFs via ETFdb:

Even if Medicare For All gets on the table, it would take awhile for the proposal to come to life.

“If Democrats sweep the White House and both houses of Congress in 2020—any major overhaul of health care would probably not happen until 2023,” according to Barron’s.

Polls suggest that a Democratic sweep of the 2020 elections, meaning the party maintains its majority in the House while taking control of the Senate and the White House, are slim.

“In any case, it isn’t going to be easy for the Democrats to win everything in 2020. President Donald Trump is seen as having close to a 50% chance of being re-elected, and the odds of Democrats winning control of the Senate, which would be crucial for passage of Medicare for All, are less than one in three, according to Dan Clifton, Washington analyst at Strategas Research Partners,” according to Barron’s.

Does the potential rebound in health care speak to a broader narrative that cyclical sectors will overtake defensive sectors?