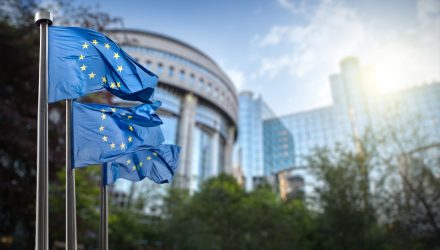 European markets have been on the road to recovery, with the benchmark Stoxx Europe 600 up 16% this year, or falling just short of the 17% gain the S&P 500. Meanwhile, the broad Europe ETF plays like the Vanguard FTSE Europe ETF (NYSEArca: VGK) that’s up 14.3% Ytd.

Emiel van den Heiligenberg, head of asset allocation at Legal & General Investment Management, though, argued that the general pessimism over European markets has created an opportunity because the “news flow doesn’t have to be that positive for people to start buying,” the Wall Street Journal reports.

The strategist argued that the regional economy could stabilize or recover in coming months as countries roll out more supportive fiscal policies. Additionally, he is bullish on the basic-resources sectors of Europe.

“That’s a European sector, but the main play there is on China,” van den Heiligenberg added, predicting a recovery in the Chinese economy following a series of generous fiscal policies.

Foreign investors also lost interest as the euro currency depreciated to a 22-month low against the U.S. dollar, which diminishes U.S. dollar returns. However, the weaker currency does make Europe’s export industries more competitive on the world stage.