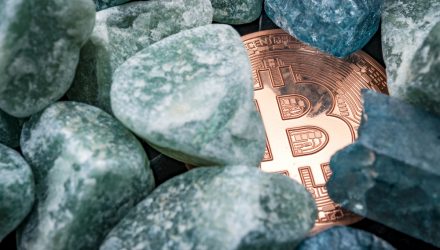 Predicting the future is relatively straightforward when you limit yourself to thoughts like “if the market does this, investors will do that.” Easy cause-and-effect issues with regulation will also do the trick.

Much harder is espousing a controversial opinion. Why stick your neck out if you don’t have to? I have my reasons for doing so this time around, so let’s get into it. The SEC should move approval of a crypto ETF framework to the top of their agenda.

Let me cut to the point. Then I’ll tell you why I actually think this is important for folks who still read text longer than 280 characters. Here are my five arguments:

1: The SEC’s job is not, as is often claimed, to “protect retail investors.” You won’t find that phrase in the ’33 or ’34 Acts (to my knowledge, but I’m sure some bigger nerd will counter). Instead, the heart of those two establishing acts (and most subsequent regulation) ensures that the markets work as fairly as possible. Sure, retail investors are included under the umbrella of ‘investors,’ but it’s the system, not any specific individual, that the SEC is designed to regulate and protect. After all, it was established in response to widespread lack of faith in the capital markets following the Great Depression. The Commission is at the core about providing transparency & standardization — making sure that all the market participants from swap dealers to Microsoft tell the truth and make sure transactions of capital flow through the economy in a standardized and verifiable way.

2: The current state of access to crypto for U.S. investors is bonkers. Sure, there’s an ecosystem of semi-regulated crypto exchanges. Sure, the IRS has given a little guidance so that crypto owners, traders, and investors can feel confident they won’t end up Al Capone’d.  But inaction by the SEC has forced the ecosystem to develop around them rather than with them. That’s why we now have things like GBTC and BITW — trusts that exist solely to trade on the least-regulated securities markets in the country, charge (sorry guys) way too much, and trade at ludicrous premia. These approaches are broken by design — a design essentially forced by the SEC’s unwilling hand.

3: Like clockwork, the Ontario Securities Commission is showing us the way. Having beaten the U.S. to the punch on pretty much every significant ETF innovation (from mutual funds, to ETFs, to options-based ETFs, to non-transparent active, to rattle a few off the top of my head). The Purpose Bitcoin ETF (TSX: BTCC) launched this week and shot out of the gate without a hiccup. I say this not in some jingoistic ‘America First’ sense, but simply to point out that the OSC framework allows non-traditional assets to get wrapped up in ETFs with certain frameworks and guidelines. In other words, they created a transparent and standardized way to deal with new stuff. (It’s called National Instrument 81-102). So now we have a $200 million (it will be by the time you read this) Bitcoin ETF trading just across the border.

4: We actually have clear pathways to make this happen. Recent filings (and countless responses both public and private) from VanEck or Bitwise or Valkyrie have acquiesced or responded well to essentially every objection the SEC has made, whether it’s been pricing sources or the lack of mainstream custody, or the impact of ‘non-economic’ traders. The markets have matured to the point where we have insured exchanges like Coinbase, and Bitcoin is already flowing through the balance sheets of dozens of companies and backdoor Bitcoin trading vehicles.

5: Last but not least: the demand is obviously there. Bitcoin market cap is knocking on $1 Trillion. The crypto market cap will be $2 Trillion within a few months at current trends. Daily trading volumes dwarf many commodities and countless stocks. Pretending this doesn’t exist isn’t going to be helpful for anyone.

I’m happy to wade through minutiae with readers, but the reality is that it’s pretty straightforward. We know how to take a security like Bitcoin and stick it in a vault. We’ve been trading GLD since 2004. I want to be super clear here though: I’m still an enormous Bitcoin skeptic. I’m also a gold skeptic. Both are fundamentally psychological commodities. They have value because a group has decided they have value. That’s fine: lots of things are psychological commodities, from art to collectible cars.

However, Bitcoin is the stalking horse for a much more interesting set of technologies. If you’ve been living in a cave (I’m a regular cave-dweller), the hot new thing in the Crypto world is decentralized finance, or ‘DeFi.’ This is just a catchy phrase for something a bunch of market nerds started talking about in the wake the global financial crisis: solving the last big inefficiencies of the market by using Blockchain.

I will admit to being an absolute tourist here, but I’ve watched with real interest as DeFi has caught on. The phenomenon is actually unrelated to Bitcoin. Instead, most DeFi projects aren’t a ‘thing’ in the sense that “Bitcoin is a store of value.”  They’re processes, ways of making other things happen. And most DeFi applications rely on the specific quirks of Ethereum and its copycats. Ethereum blends the value exchange mechanisms of cryptocurrencies (decentralized ledgers, transactions, community-based security, etc.) with the best parts of object-oriented programming and cloud computing. To really ‘get it’ requires a few leaps of faith, or at least it did for me. Nerdy readers like me should wade in deep, set up a private development environment, and write up some dummy ‘hello world’ style applications (here’s where I started).

Eventually, I realized that smart-contracts with embedded value and computational power solve a ton of problems. Most importantly, they eliminate clearing and settlement in any traditional sense. Projects like Uniswap (or FTX, which is relatively locked down for Americans) are already replacing traditional exchange mechanisms for trading between crypto-assets. In FTX’s case (U.S. Investors Need Not Apply), they’ve invented a system for taking stock ownership into the blockchain but nominating swap pairs of essentially any risk folks want to back (TSLA anyone?).

I’m not here to explain Uniswap and FTX, and DeFi.  Smarter people are writing more exhaustive guides.  But what I want to do is go back to something I mentioned two weeks ago in the chaos of the GameStop thing.

In a capitalist society, value is created or destroyed primarily in the national economy. You buy a share of stock for $100. A bunch of people decide they also like it, and it goes to $200. That $100 gain is ‘trapped’ on the national side of the economic barrier until you sell it and have spendable USD. That’s why embedded gains ‘feel’ less real than cash in your bank account or coins in your pocket. They can disappear instantly should (for some exogenous reason) the very next price assigned to your stock be zero.

One of the reasons Bitcoin is so unsatisfying is because it’s just so boring. All it does is store capital in the crypto-notional economy. Literally.

Ethereum (and its kin) is different. Uniswap, for example, needs Ethereum to work. It needs the actual tokens – the ETH itself – to do anything. So if I create a Uniswap token that allowed me to (purely hypothetically, of course) trade World of Warcraft in-game currency for airline flight miles, I need Ethereum but have no use for the U.S. Dollar. These things still have utility – the game currency allows me to participate in an activity I enjoy, the flight miles let me go on vacation. They still have notional value. They can swing wildly in relationship to each other based on supply and demand.

This is good. This is exciting. This solves real problems. It’s enormously efficient. But there are real issues under the hood of how you make large-scale transactions work in this kind of environment. Folks like Uniswap and FTX have answers (like liquidity backstops and clever pooling mechanisms). But the missing link is out of their control. Which brings us to…

As it stands, all of the intermediation between where the interesting stuff is happening (crypto) and the rest of the economy has to go through hard currency of some sort. You want to trade your shares of stock for Dogecoin, and you’re going to have to go through cash and probably through a different set of accounts. It’s an enormous drag on capital flow. That’s why we have whole products like futures and swaps which allow you to move money around in the notional securitized economy without round-tripping through cash unless you want to.

Approving a Bitcoin ETF in a vacuum — while making a certain group of investors very happy — isn’t all that important. What is important is having a hand on the tiller for how capitalism itself evolves. What the SEC has is an opportunity to help drive the future of markets. I would argue that all of the next 20 years’ interesting problems in securities markets have to do with crossing the barriers between these two notional economies and then between those economies and the real economy.

Why does crossing this notional boundary help? Quite literally, any transaction that currently involves exchanging dollars for any kind of capital asset could be made far more frictionless. House closings could take seconds with the right smart contract system. Rebalancing from stocks to bonds could become tax-less (without guidance) capital swaps. Moving any amount of capital from bucket A to bucket B could be — with vision — instantaneous and nearly free. That’s what’s at stake here: how the entire system works.

And how do you start breaking and crossing these barriers? Step one is creating the framework for exchanging capital from the crypto notional economy and the securitized-notional economy. This is another way of saying in-kind exchange between the two, without having to buy and sell through cash. And that’s just another way of describing an ETF. Remember ETFs? That’s where this started. An ETF is just a vehicle for wrapping exposures in exchange tradable packages after all!) That’s why we need a U.S.-listed and regulated Bitcoin ETF that uses a completely standard in-kind creation/redemption mechanism (unlike the Canadian Purpose Bitcoin ETF, which still relies on cash creations to get new Bitcoin into the trust). Bitcoin In, ETF shares out. ETF Shares in, Bitcoin Out. It’s a first step in rethinking how capital moves.

The SEC (and, if we’re honest, the U.S. Treasury) has a chance to lead here by working with the crypto community to create a viable framework for technologies and securities that helps smooth capital flow across these barriers.

Or we can just wait for the Ontario Securities Commission to figure it out for us. They’ll send us the schematics in a few years.

(Obligatory caveats: I’m just one old nerd trying to keep up. If I missed something, I’m sure you’ll let me know on Twitter @DaveNadig. Also, at the time of this being published, I own zero crypto assets. I have traded quite a few in the past month as a learning exercise, and I’m not promising I won’t buy any in the future, but I ain’t talking my book here).