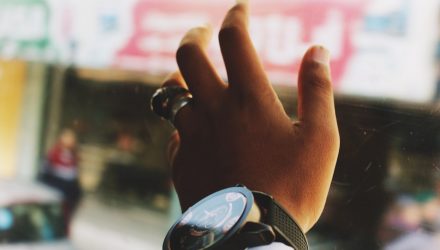 The U.S. financial sector and related exchange traded funds have been falling behind the broader equities market after the global financial downturn that triggered a rash of new rules for financial institutions, limiting the profitability of many banks.

Investors may also find a targeted ETF approach to gain exposure to companies that would benefit the most through the tax changes. The actively managed EventShares U.S. Tax Reform Fund (BATS: TAXR) seeks to provide exposure to those companies that are poised to see the greatest benefit from the implementation of significant tax reform in the U.S. Past examples of tactical situations around which an EventShares fund might have been constructed include the Dodd-Frank legislation, Obamacare, Quantitative Easing, and Abenomics.

The most comprehensive legislation to govern the sector following the financial downturn was the 2010 Dodd-Frank Wall Street Reform and Consumer Protection Act for bank oversight. While it helped stabilize the financial system, Dodd-Frank also forced banks to hold much higher levels of capital, which hurt returns on equity, a larger driver of valuations.

However, the more pro-growth, pro-business environment could cause regulators to take a softer approach to these rules and loosen constraints on banks ahead.

“Although no one knows exactly how the regulatory landscape will unfold in 2018, rollbacks seem likely,” Christopher Lee, a portfolio manager and research analyst for Fidelity Investments, said in a research note. “Estimates are that big banks with more than $50 billion in assets – which have seen a disproportionate share of the incremental regulations- could be among the biggest beneficiaries, with an estimated 5% to 15% boost in earnings. Regional banks, which have tried not to exceed the onerous $50 billion threshold, could become more interested in mergers and acquisitions (M&A), and investment banks could benefit from increased trading activity.”