You are at:Home»Equity ETFs»Why You Should Stick With Energy ETFs 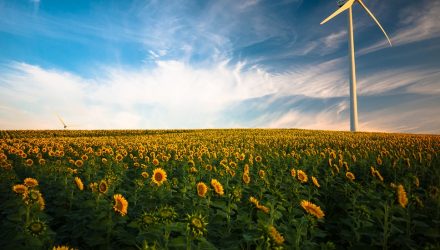 Why You Should Stick With Energy ETFs

The Energy Select Sector SPDR (NYSEArca: XLE), the largest equity-based energy exchange traded fund, has faltered over the past couple of days, but that is not changing some market observers’ bullish views on the resurgent sector.

“Oil prices started the day out strong, with worries about U.S. sanctions hitting Iranian oil, pushing crude above $80 per barrel again,” reports Teresa Rivas for Barron’s. “Traders were responding to tough talk from Washington, as Secretary of State Mike Pompeo set out a new list of demands that he said Iran must meet before the U.S. enters a new nuclear pact with the country.”

The Companies That Were the Worst Hit

Oil and gas exploration and production companies have been leading the charge, which does not come as a surprise as this segment was among the worst off during the selling when oil prices plunged. Exploration and production companies were among the worst hit due to their close ties to the upstart hydraulic fracturing or fracking industry that has developed alongside advancements in the shale oil industry.

“Vermillion Research argues that there are more gains ahead for the sector, after it was last week’s best performer, thanks to higher oil prices,” according to Barron’s. “David Nicoski writes that energy is at the top of his relative strength rankings, and given continued improvements he reiterated his bullish call on the heels of his upgrade of energy last week, advising investors to ‘add  exposure on any pullbacks.’”

XLE is up about 5% this month. The ETF has seen second-quarter outflows of $559.20 million.