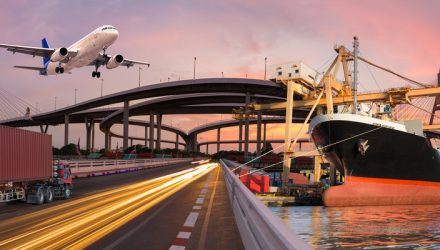 Transportation stocks and sector-related exchange traded funds have been gaining momentum, a potential sign of growing optimism over the economic outlook.

Transportation companies that cover some of the backbone of the economy, including trains, planes, boats, and trucks, typically see their outlook improve when an expanding economy bolsters demand for goods, materials, and travel. Consequently, some investors look to the transportation sector as a gauge for how the current economic environment will support gains across other industries.

The recent strength in the transportation segment is also an optimistic sign as many remain worried about how aggressive Federal Reserve interest rate hikes could stifle growth.

“It suggests that perhaps the U.S. economy is more resilient or on firmer footing than some people would give it credit for,” Michael Arone, chief investment strategist at State Street Global Advisors, told the WSJ.

Fed Chairman Jerome Powell has already stated that the central bank is prepared to hike interest rates high enough to slow the economy to bring down inflationary pressures.

Meanwhile, some analysts have already sounded warnings for a recession ahead, pointing to the inverting of yields on shorter-term and longer-term U.S. government bonds as a historical signal in the bond market ahead of a recession.