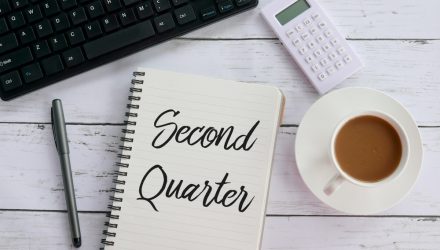 “Markets were priced for perfection, and now that we have the uncertainty over Fed pullback on policy, it is resulting in this pause,” Derek Halpenny, head of research for global markets in the European region at MUFG Bank, told the Wall Street Journal. “The positive risk sentiment has definitely faded.”

Among the leaders, US Bancorp (USB) shares advanced 2.8% after the company reported second quarter earnings of $1.28 per share, or 14 cents above estimates, with revenue beating expectations as well. The regional bank enjoyed a boost from an improving economy, which helped strengthen credit and debit card revenue and allowed it to lower its credit loss provision, CNBC reports.

American International Group (AIG) shares increased 2.8% after it announced a deal to sell a 9.9% stake in its life insurance and retirement services unit to Blackstone (BX) for $2.2 billion. Blackstone also agreed to a long-term contract to manage an initial $50 billion in assets, with the amount increasing to nearly $100 billion over the next six years, the Wall Street Journal reports. The AIG unit has about $200 billion in assets.

Truist Financial (TFC) shares were up 2.0% after reporting an adjusted quarterly profit of $1.55 per share, as compared to the $1.19 consensus estimate. Revenue came in above Wall Street projections. The bank saw strong fee and wealth management income, among other factors, over the course of the second quarter.

Meanwhile, Morgan Stanley (MS) shares were lower after announcing it beat estimates by 20 cents with second quarter earnings of $1.85 per share. Revenue topped forecasts as well, thanks to an acceleration in investment banking activity.