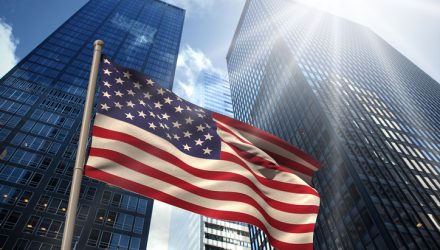 A Pure Trump & Republicans ETF Play in the Works

According to a recent Securities and Exchange Commission exemptive relief filing, MAGA will try to reflect the performance of the Point Bridge GOP Stock Tracker Index, which is comprised of companies whose employees and political action committees are highly supportive of Republican candidates for election to the United States Congress, the Vice Presidency or the Presidency and party-affiliated federal committees or groups that are subject to federal campaign contributions. MAGA will come with a proposed 0.72% expense ratio.

The index starts with a universe of S&P 500 companies and then screens components based on electoral campaign contribution data to eliminate those that have made aggregate reported political contributions of less than $25,000 across the two most recent election cycles. Companies are then weighted by total net dollars and net percentage of dollars given to Republican Candidates and Republican Committees. The index holds about 150 companies and is also equally weighted.

The Republican Party currently controls both the White House and both the House of Representatives and Senate in Congress, along with a majority of governorships and state legislatures.