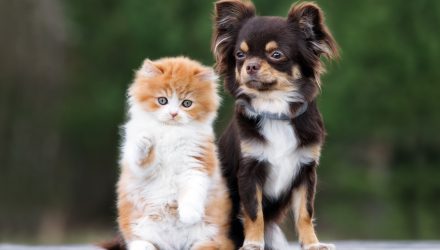 Man’s best friend could become an investment portfolio’s best performer as ProShares is set to debut its ProShares Pet Care ETF (PAWZ) on Tuesday, Nov. 6 — the first ETF of its kind to cater to the pet care industry that boasted sales of $132 billion in 2016.

“It’s the first pet care ETF,” Steve Cohen, Managing Director of ProShares, told ETF Trends. “We’re excited about it because we think that while pets are great companions, they are also big business.”

The pet care industry is poised for even further growth as data collated from Grand View Research and other pet industry trends show that sales could reach upwards of $203 billion by the year 2025–a growth of 54% in less than 10 years. That type of exponential growth can only garner more interest, which has been evident in more than 80 mergers and acquisitions over the past 12 months within the pet care industry.

That trend can only intensify as the number of pet owners increasing will feed into the sales growth. According to data from the American Pet Products Association (APPA), roughly 68% of U.S. households currently have pets, which represents an increase of 56% since 1988.

Furthermore, that growth is not relegated to the United States as similar growth is taking place on a global scale. According to the latest figure from the Department of Agriculture, the cost to raise a child is $233,610–as such, this could explain the next trend that Cohen identifies.

“Pet ownership is growing significantly,” said Cohen. “The Baby Boomers are replacing kids with pets and millennials are adopting pets at record numbers, so these two generations are really driving that ownership increase.”

While the data is brimming with numbers to support growth in the pet care industry, the emotional aspect cannot be understated. A recent Harris Poll reports that 95% of owners consider their pets part of their respective families, and as such, they will spare no expense in ensuring that their pets lead healthy lives.

As such, that emotional bind leads to an influx of revenue for premium-quality foods, state-of-the-art health care, insurance policies, luxury services and more.