While the Kessler Syndrome, or Kessler Effect, isn’t spoken of widely in social circles, its potential impact on everyone’s day-to-day lives is nearly incalculable. Imagine a world without cell phones, GPS or anything else reliant on satellite technology and one starts to understand the implications. According to the Kessler Syndrome, however, that is a very real possibility.

The general concept involves the ever-accumulating amounts of junk orbiting the earth and, with it, the also increasing probability of a cataclysmic collision. Humans, unwittingly, have left a lot of garbage floating around in orbit. Up there, however, these materials behave very differently than on land or at sea. When traveling at approximately 22,000 MPH, something as innocuous as a paint chip in Low Earth Orbit (LOE) can hit with the force of a bullet. Now imagine if two very large objects collided, strewing vast amounts of wreckage everywhere, which began an exponentially chaotic domino effect of collisions that might take decades to clear. That is the Kessler Syndrome.

What does this have to do with finance? The key word: Probability.

Once the genie is out of the bottle in such human affairs, it can be exceptionally hard to put it back inside. It’s the nature of unintended consequences and diverse probabilities. Cleaning up this congestion in LOE from humans’ space adventures will entail hard discussions about predicting the best / worst case scenarios surrounding potential collisions. Meanwhile, in finance, another genie has escaped the bottle by virtue of the democratization of information. Prior to the internet and Regulation FD, most would agree that asset management occurred in a ‘black box’, largely unseen by the public. It was assumed the common man wouldn’t have the knowledge, the access, and/or the means to manage stocks as well as the pros. The entire financial industry—and, critically, the risk metrics guiding them—existed atop these assumptions.

Now, all that has changed.

While retail market participation has been generally increasing for some time, the movement hit a crescendo during the pandemic in 2020 and 2021. Suddenly, novice-but-enterprising investors had much easier access to markets. Previously excluded and/or younger market participants educated themselves and banded together in ways the market had never experienced. Much has already been written on this topic.

To date, however, it seems as if the mainstream financial media has largely discussed this shift as an aberration or temporary glitch in the system. While the pandemic, most hope, will eventually end, many are lumping this retail investor experience in the same basket. But again, this begs the question: if the genie is out of the bottle, what is the probability it will go back inside?

When a paradigm shift or information revolution occurs, it’s very rare for the existent structure to return exactly to its previous form. Global monarchies or cursive writing are easy examples of such irreversible changes. In the case of these retail investors, it might be a mistake to think this shift is limited to Gamestop. That short-squeeze melt-up got the most headlines but, when viewed in context with the Archegos implosion or the astonishing Dogecoin rally, amongst others, it’s hard to miss the tapestry of rare or previously unseen financial events. No P/E Ratio existed for Dogecoin, no metric tracked the preposterous leverage Archegos used in specific stock names. The market itself is different now and, along with it, so are the probabilities of risk.

Imagine this change as the layers of junk in space except, in this case, it’s junk opinions. With this internet-inspired democratization of information, there are exponentially more opinions out there—layers and layers of vague and ambiguous information. And it’s only a matter of time until one crashes into another, creating a larger wave of junk opinions. Who would think investing in a bankrupt Hertz would be a good idea? Who would “invest” in a meme-based crypto that was admittedly started as a joke? These are the new mechanics created by this Demolition Derby of opinions. The market is no longer buffeted strictly by headwinds and tailwinds; it’s become a shooting gallery of great and terrible ideas ricocheting every which way.

Invest with the Power of Probabilities

In essence, this new market needs a new means to measure its risks. Therefore, it was no surprise to find that our probability-based approach has shown that the noise created by this wave of retail traders has entered the markets in a real way and is impacting portfolios. This model utilizes an actuarial method similar to that used by the insurance industry to focus on the risk of human behavior in securities. By identifying those most impacted by this risk and then avoiding them, we believe we’ve identified a differentiated, uncorrelated source of alpha.

Using the New Age Alpha U.S. Large-Cap Leading 50 Index as a gauge against the S&P 500 Index, we see that this approach outperformed in the early part of the year when some of this behavior occurred in full force:

Importantly, this basket of 50 holdings in the Index accomplished this performance with little correlation overall vs. the S&P 500. By harnessing the power of probabilities, we believe investors can mitigate the risk of human behavior that, many would agree, is ever-expanding. 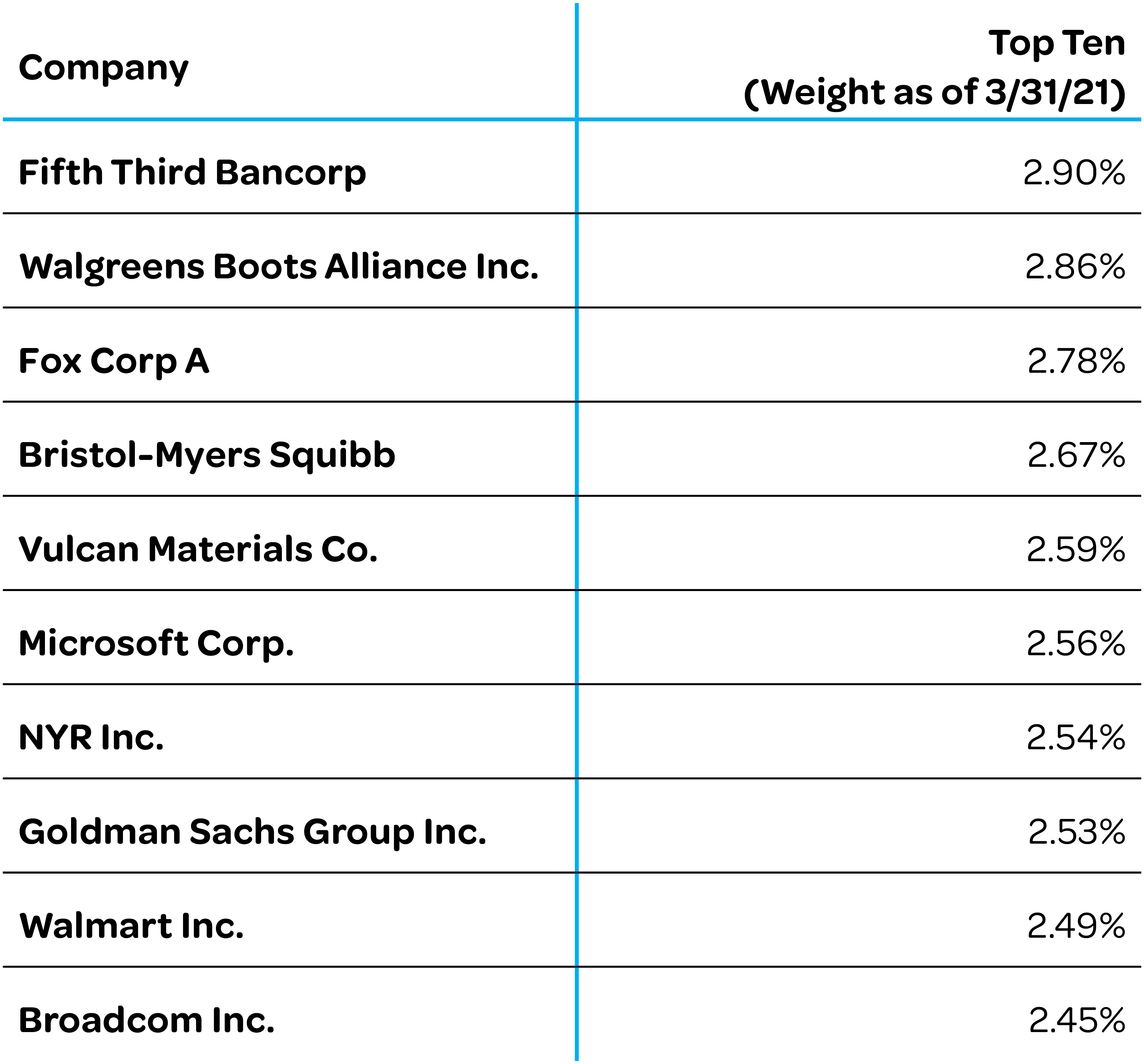 There’s a lot of junk out there in the market—by harnessing probabilities you can avoid it.