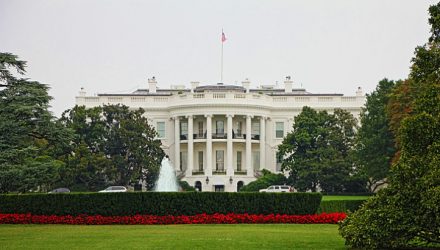 SLX, the only exchange traded fund dedicated to steel stocks, was one of the best-performing ETFs during the 2016 presidential election year as President Trump promised massive infrastructure spending while sounding a protectionist tone that some market observers viewed as potentially beneficial to American steelmakers.

“The Department of Commerce is expected this week to announce findings from its Section 232 investigation into whether foreign-made steel imports threaten U.S. security. President Donald Trump signed a memorandum in late April asking Commerce Secretary Wilbur Ross to prioritize the probe, which could result in higher tariffs for Chinese and other foreign steel firms, to the benefit of the U.S. steel industry,” reports CNBC.