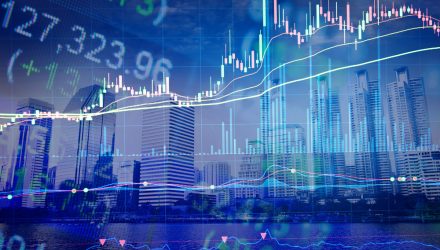 Powell’s Reappointment Is a Boon for Financial ETFs

Powell, a Republican and former private equity lawyer, has been favored among Wall Street bankers and fund managers, who viewed him as one of their own and sympathetic to the industry’s troubles in an environment of increasing regulations following the financial crisis, Reuters reports.

For example, over the past four years, Powell backed a review led by Fed vice chair for supervision Randal Quarles of post-financial crisis regulations, agreeing with Quarles’ arguments that regulations may have been an overreaction or were too blunt and onerous and should be better tailored to individual bank’s risk profiles.

Biden lauded Powell’s more recent “decisive action,” which the Fed had taken in response to the COVID-19 pandemic as a sticking point for the renewed nomination. Senior bankers also mirrored the president’s praise for Powell’s swift and steady actions.

“Chairman Powell has been a steadying force throughout the pandemic, and I’m glad to see him continue in this role,” Christiana Riley, chief executive of Deutsche Bank’s U.S. business, told Reuters. “Consistency at the top of the Federal Reserve is reassuring during this critical point in the post-pandemic recovery.”

However, some warned that Biden could appoint a candidate with an aggressive regulatory agenda to mollify his more progressive Democrat peers unhappy with Powell’s reappointment.

“The oversight role is still a risk for the banks. And so that’s something we’re going to pay attention to,” Jack Ablin, chief investment officer at Cresset Capital Management, told Reuters.