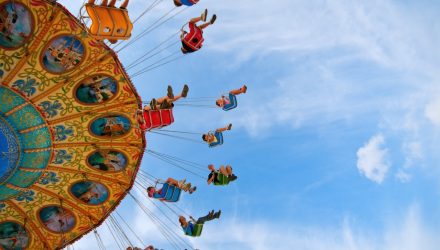 Index ETFs have been a popular play this year, with the ETF industry attracting another year of record inflows, but as investors jump on the ongoing bull market rally, traditional market cap-weighted index funds may pose risks that many may have overlooked.

The inflows come in as U.S. equities extend their bull market run to their ninth year, with technology stocks like Apple (NasdaqGS: AAPL) and Facebook (NasdaqGS: FB), among others, leading the charge in a growth-fueled market rally. Year-to-date, the S&P 500 increased 21.9% while the S&P 500 Information Technology Index jumped 37.6%.

However, this ongoing surge in U.S. technology stocks may leave traditional market cap-weighted index funds, like the S&P 500-related ETFs, exposed to risks due to their increasingly larger tilt toward the information technology segment. According to the Wall Street Journal, tech stocks made up 19.7% in the widely followed S&P 500 benchmark, and over the past 10 years, the weighting of the tech sector in the S&P 500 at year-end averaged 19.6%. However, information technology companies now make up around 24% of the S&P 500-related ETFs.

“It’s sort of an inherent flaw of index funds,” Kyle Moore, founder of Quarry Hill Advisors, told the WSJ, referring to how outperforming stocks tend to have a bigger share of indices that are market-capitalization weighted, such as the S&P 500.