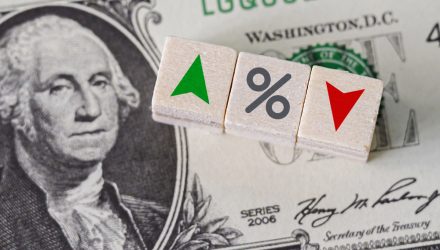 Investors are focused on the Fed’s latest monetary policy decision, due to be announced Wednesday, with markets largely anticipating a second consecutive 75 basis point rate hike.

According to a recent insight from Kristina Hooper, chief global market strategist for Invesco, a meaningful decline in longer-term inflation expectations (from both the Michigan and NY Fed surveys) was welcome news to markets, as it took pressure off the Fed to follow in the Bank of Canada’s footsteps and hike rates by 100 basis points.

“I think it’s safe to assume the Fed will raise rates by 75 basis points – what will be important is their messaging about the future, especially the potential to pivot to a less aggressive tightening path later this year. This could happen relatively soon, in my opinion, given that the Fed is very data-dependent,” Hooper wrote. “It’s not just about falling inflation expectations and inflation peaking. It’s also about an economy that is weakening quickly, with the flash reading of the US Services Purchasing Managers Index having fallen into contraction territory — actually a 26-month low — in July.”

This is also a major week for earnings, especially tech giant earnings. Hooper expects to see a continuation of the same theme we have heard thus far — earnings are lackluster, but not as bad as was feared — although there are likely to be some outliers among these companies.

“I think it is worth noting that tech companies that have already reported earnings have eked out 1.4% earnings growth this quarter. Interestingly, the sector with the highest level of ‘buy’ ratings is technology at 65%,” Hooper wrote.

Hooper believes the chasm will close at some point later this year and expects it to benefit those who maintain a diversified portfolio with adequate exposure to equities.

An equal-weight strategy is favored for providing diversification benefits and reducing concentration risk by weighting each constituent company equally so that a small group of companies does not have an outsized impact on the index.